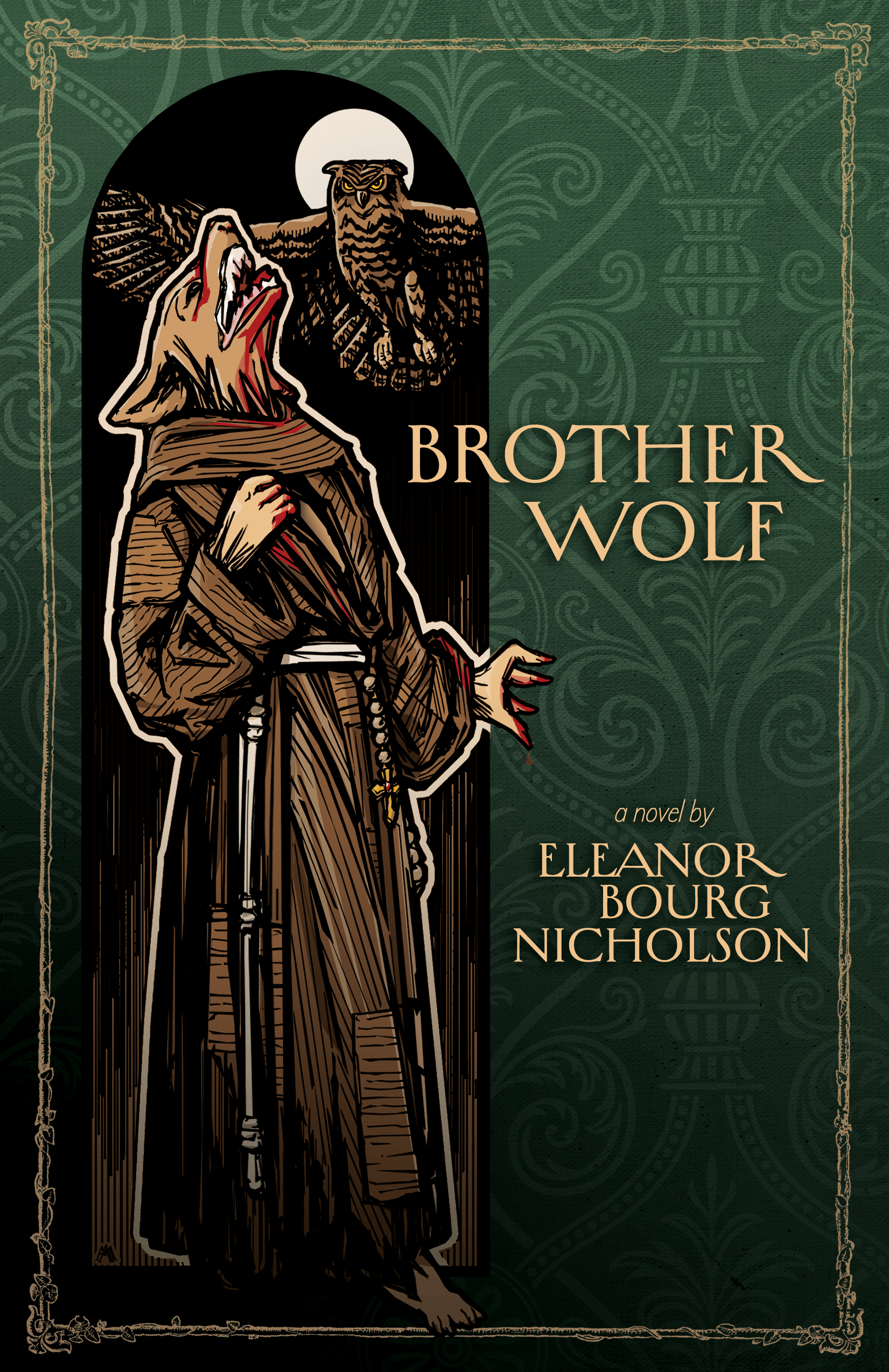 18 and up (for language difficulty, advanced readers ages 15 and up is appropriate for content)

Athene Howard is the neglected daughter of a prestigious professor of mythology, living a dull life serving as her father’s uncredited research assistant and secretary in the Victorian era. Athene is enduring a boat ride back to Paris from America when she overhears a conversation between a novice nun and her mysterious body guard in which the mysterious woman confesses to having killed her own father.

Athene senses adventure of the sort she has only read about in books and begins to try to get to know these mysterious strangers. She is shocked, however, when it turns out that her father knows the novice nun’s superior–in fact, he was once a Catholic priest, before leaving the Church, marrying her mother (who died in childbirth) and beginning a scholarly career meant to unmask all religion as superstitious myth.

Athene is shocked and intrigued by the revelations of her father’s past. He raised her on Greek and Hellenic mythology, an influence that reveals itself in her narrative voice. She is even more shocked when her father announces that they will join the nuns and their guardian on what he sarcastically dubs their “werewolf hunt.”

Their journey takes them to Franciscan monasteries, where many a werewolf lives seeking rehabilitation. They even encounter the warlocks and vampires who use these wolf-men as thralls. Athene also meets Fr. Thomas Edmond Gilroy, from Nicholson’s other standalone adventure, A Bloody Habit, and finds in him a better father figure than her own. Along the way, Athene learns more of this strange religion her father abandoned and grows from a shy girl, easily bullied into a confident heroine.

Much like her previous novel, which explored the unique symbolic relationship between Vampires and the Eucharist, in Brother Wolf Nicholson delves into a Catholic symbolic reading of werewolves. Her werewolves are a personification of hedonistic occultism, and the murder and violence they visit on people is the anarchistic chaos that results from that occult tendency to spurn social mores. Their monthly madness is a consequence of thralldom to powers of the moon. She uses the myth of St. Francis and Brother Wolf as a template for how the Church can be a place for healing and rehabilitation for those recovering from that particular sin. In Nicholson’s story the wild wolf becomes instead a werewolf who repents of the violence he has committed and enters the Franciscan order to devote his life to prayer, penance and rehabilitation. Athene meets a few of these recovered and recovering werewolves and even finds a friend in one.

Because mythical figures such as dragons, vampires and werewolves have been co-opted as secular characters, most people today are unaware of their uniquely Christian origins or uses. I’ve even heard people argue that Catholic books cannot include any of these mythic figures because to do so would be to affirm secular morals. But Nicholson’s works testify that the monsters of ancient Europe were invented to reveal the monstrous lies of the World, and the Christian heroes that defeated them or helped them find God’s mercy speak of the power of God. As that famous Catholic convert, G.K. Chesterton says, “Children know that dragons exist. Fairytales tell them that dragons can be killed.”

Nicholson’s books are especially appropriate for fans of gothic and Victorian novels (though the book is technically just pre-Victoria set in 1906), who will be accustomed to the meandering plots and slow pacing typical of those subgenres. Some might find those elements unsatisfactory but it’s unfair to label them as strict flaws when they are simply accepted conventions of the sort of historical novel she is writing. Nonetheless those new to this subgenre will want to take that into account when setting their expectations.

Brother Wolf promises to be a future classic of Catholic literature, and though Nicholson’s writing was already wonderful in her debut novel, she shows a marked improvement in Brother Wolf. I cannot wait to see what she comes out with next.

Investigations into a haunted suburban community mixes the fun of Stranger Things with the other-worldly sense of Tales from the Loop and the madness of House of Leaves.