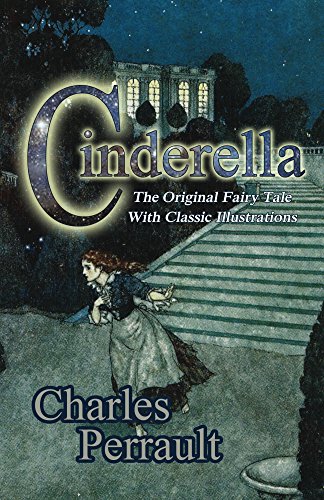 Cinderella: it’s a story everyone knows. The heroine goes from comfort to rags and then rags to riches, her virtue rewarded. Disney did the Cinderella story quite well, twice in fact. But there’s more to the story. It’s a tale rooted far in the past and full of Catholic virtue. It was Charles Perrault, often recognized as the father of fairytales, who wrote-down this French version in 1697. Here Cinderella exhibits extreme kindness to all around her, but more importantly, forgiveness.

In 1579, more than one hundred years before Charles Perrault published Cinderella, a weak little girl with a deformed hand was born in France. Germaine Cousin’s mother died and her father, Laurent, remarried, to a woman named Hortense. Despite Hortense having children of her own, she despised sweet Germaine and seemed to take pleasure in doling out abuse. No matter how badly Germaine was treated she always responded with kindness. It wasn’t too long before the village began to recognize this holy child. In 1601, Germaine Cousin died at the age of twenty-two. To some this may seem like a sad ending, but in reality she lived happily-ever-after. St. Germaine was taken to the kingdom of God by her prince, Jesus. May we all be so fortunate?

Fairytales are rarely taken down from the bookshelves and read.  “Yet they teach us- to paraphrase G. K. Chesterton- that just because a dragon exists doesn’t mean it can’t be slayed.” The dragons in Cinderella are cruelty which she overcame with kindness. Isn’t this how we are supposed to live as Catholics? Treat others the way you want to be treated. I love Cinderella and encourage everyone to read Charles Perrault’s version of this classic tale.

Leaf by Niggle isn’t nearly as well-known as LOTR and The Hobbit, but it is as beautiful and moving in its own way.

Molly McBride and the Party Invitation by Jean Schoonover-Egolf

This children’s book teaches compassion for bullies and the courage to act rightly regardless of others.