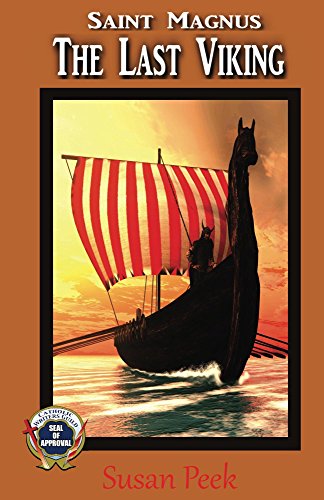 This book is an epic historical tale of Magnus, the second son of the Jarl of Orkney (a group of islands north of Scotland). At the start of this story, Magnus’s only desire is to live in a monastery. Unfortunately, he and his older brother, Aerling, are taken captive by the Norwegians. Magnus fasts to free Aerling from being consumed by his thirst for vengeance. Eventually, Magnus and Aerling escape captivity.

Magnus’s greatest temptation throughout the novel is to become a conquering warlord like Hakon. Instead of trying to seize power, Magnus turns to God for guidance and wants a peaceful resolution, even if it means letting Hakon have full control of the Orkneys.

Hakon makes for a terrifying antagonist. He wants to hoard all the power that being a Jarl has and will make alliances and kill anyone who stands in his way, Magnus included. He’s ruthless and merciless. Similar to Macbeth, Hakon consults a soothsayer who tells him that he will rule the Orkneys, forgetting the of power makes him forget that he will get that power at a great cost. This foreshadows how he will be the one who will make Magnus a martyr.

I loved this story. This historical fiction novel may remind people of Game of Thrones, Highlander, or History Channel’s Vikings, as it centers on a fight for power over the title of Jarl. I love all the places Magnus goes to as part of his journey and his integrity and dignity, even until the very end. My only nitpick is that I wish there were more scenes focusing on Magnus that I wish I could’ve read, such as Magnus’s marriage, him escaping capture, how Aerling died, etc.

I recommend this book to fans of shows like Vikings. I think it’s appropriate for older teens who have an interest in history. Since it’s a tale of war, there is some graphic violence, especially towards the end, but nothing to the extent of Game of Thrones.