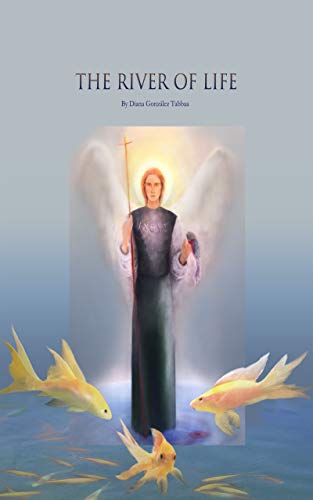 The soothing power of God, Our Mother, and the saints flows in this coming of age story about a boy startled by grief. Anthony, a 12-year-old only child, enjoys a simple life immersed in nature with his loving father and mother. Devoutly Catholic, the family tends a Rosary Garden, comprised of rose bushes and a tree that dovetails into the shape of a rosary. Though sick, Anthony’s father works with him to install a statue of Our Lady of the Rosary holding the Christ Child in the Rosary Garden, then tells Anthony that they will next build a treehouse together. When Anthony’s father dies, Anthony feels far from God, anguished by the tragedy that has darkened his world. A young man befriends Anthony, helping him heal from his loss and regain his dwindling faith. Ethereal and charming, the novel celebrates the beauty of creation, the renewal of hope, and the redemption of suffering. Catholic readers from eight to 18 years old would benefit from the story.

Delivered in elegant prose, The River of Life moves slowly until a turning point in Chapter 3, which begins with the inscription, “Arise, give praise in the night, in the beginning of the watches: pour out thy heart like water before the face of the Lord” (Lamentations 2:19). Mourning his father, Anthony shrinks from the familiar comforts of his childhood, now disturbing in the absence of the man who once anchored him. A swirl of agitated fears and questions descends over Anthony. The author describes his struggles authentically, in ways that would resonate with those who have endured similar trials. For instance, Anthony notices the gloomier aspects of whatever he perceives. He expresses ambivalence toward God as he first blames Him, saying, “I prayed so much, but God didn’t hear me,” then chastises himself for perhaps pulling away from God. Fixating on the plans he had with his father, he sinks into sadness about their unfulfillment. His natural response reveals his brokenness, his need for divine comfort, which buoys him throughout the rest of the book. Just as in reality, God sends others to not only accompany Anthony, but also advance his aspirations that he thought had died with his loved one.

The author often teaches parts of the faith using gems buried throughout the narrative. Upon Anthony’s misplacement of a treasured belonging, his friend identifies Saint Anthony of Padua as “a patron of finding what has been lost” to petition for aid. Depictions of Saint Raphael the Archangel further illuminate the communion of saints. Retrieving the Bible of Anthony’s father, Anthony’s mother tells Anthony that like the prayers of the rosary, the Scriptures will draw Anthony closer to God in a spirit of peace. She gives him the volume, which he presses to his heart. In another scene, Anthony’s mother reminds her son to keep praying for their beloved dead who may remain in purgatory, even if they seemed holy enough to have already reached heaven. As a final example, in gazing at his sketch of the Blessed Mother, Anthony reflects, “She knew more deeply than anyone the sorrow of losing a loved one.” The River of Life provides a gentle stream of lessons that would complement or reinforce the catechesis of youth.

In conjuring a Catholic aura, two features mar the development of the plot, characters, and dialogue. First, reverence for God’s creation leads to portrayal after portrayal of Anthony in some stunning environment, as he speaks primarily to animals, trees, and other non-human organisms. He rarely interacts with people, and when he does, he addresses only his parents and one new friend. As a result, readers receive a limited view of his psyche, and his monologues or conversations sometimes neglect to drive the story forward. Secondly, Catholic traditions and references abound with few explanations. Much of the action concerns phenomena that only Catholics with knowledge of devotions would grasp. Since almost every significant event alludes to the Church, non-Catholics would probably find the book difficult to understand. Nonetheless, anyone open to learning about Catholicism could appreciate The River of Life’s light and encouragement.

Ending with a sweet ode to the cyclical bounty of Providence, the novel can inspire children with wonder as a remedy for pain. In the words of Anthony’s mother near the start, “That is the nature of love; it makes suffering more bearable, and when joined with that of Christ, even sacred.”

Ghosts of the Faithful by Kaye Park Hinckley

The O’Murphy family gets help from beyond the grave as they deal with long held secrets.

A Hero for the People by Arthur Powers

Stories from the front lines of the Church’s mission to protect Brazilians farmers from theft and greed.