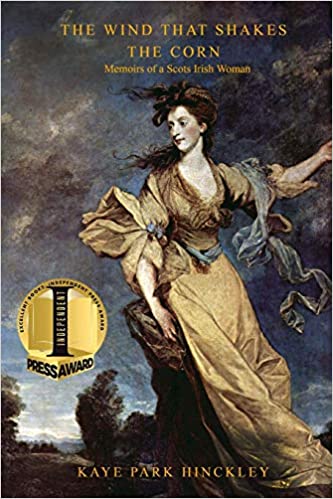 When English soldiers kill the mother of young Irish peasant Nell Dugan as they encroach on eighteenth-century Ireland, she spirals into decades of fantasizing about vengeance. But her instinctive desire to punish those who have wronged her and her loved ones contradicts a tenet of her Catholic faith: we must forgive others, just as God forgives us. Nell softens as she falls for a Scottish Presbyterian aristocrat, allied to her by their mutual resistance to the persecutory rule of English Anglicans. The night of Nell’s wedding, English invaders kidnap her, selling her into slavery. Headed toward laboring on a sugar plantation in the West Indies, Nell unexpectedly catches the fancy of the plantation owner’s son. He seeks to marry her. Torn between freedom and her first husband, who may have died for all she knows, she conceals her previous marriage and weds the plantation’s owner son. The couple settles in Philadelphia, where more and more American colonists are agitating against the British Empire. Nell’s conflicting loyalties and thirst for retribution stew, mostly hidden in her heart, except when unleashed as part of the torrent of turmoil surrounding her family. With memorable, dynamic heroes seeking justice in our broken world, The Wind That Shakes the Corn shows the futility of hatred, however tempting, and the restorative power of love.

A gripping page-turner, the novel sweeps through many themes central to Catholicism. Providence advances the plot, often through a poetic circularity of events. But the story never preaches, instead guiding readers, almost imperceptibly, toward recognizing the implications of various theological points.

One theme concerns the dignity of every human as made in the image and likeness of God. Each portrayal of violence, slavery, or war, far from reducing its victims to mere collateral, underscores how they instead deserve to be enjoying the peace of a happy home, scenes of which figure throughout the story. By depicting people from the perspectives of both those who value and those who scorn them, the author stirs sympathy for the downtrodden. Vile acts like swearing, hitting, rape, and murder, which The Wind That Shakes the Corn occasionally recounts without ever endorsing, sharply contrast with the good deeds of the major characters.

Impressively, the author celebrates the worth of every fallen man or woman by exposing the difficulty of knowing, let alone doing, what is right. Her well-intentioned characters often have to choose from among options that all seem wrong. For instance, Nell marries her second husband largely out of her need for safety, which appears otherwise unattainable. Representative of the complexity of real life, the moral dilemmas of the protagonists make them easy to relate to. So do their misunderstandings of one another’s gestures, expressions, emotions, and motivations. Readers learn to judge less, gaining compassion for any sinner who has made nonideal decisions while striving for holiness.

In particular, obstacles to forgiveness abound throughout The Wind That Shakes the Corn. Nell, her relatives, and her friends range between the extremes of glorifying revenge and stopping the perpetuation of sin by absolving even the worst of wrongdoers. Their heart-wrenching trials explain why anyone might feel incapable of forgiving. However, those very same struggles indicate why everyone needs to forgive. Although forgiveness always lies within reach, requiring only prayer, most of the characters reject their duty to let God heal their pain. The resulting self-destruction cautions readers as to what not to do.

As a final motif, the sacrament of marriage shines forth. The complementarity of men and women, particularly of husbands and wives, manifests in descriptions of how they interact, including through raw, authentic portraits of their love. These strong couples constitute the basis for families, whether natural or adopted, who sustain one another through horrific atrocities and bring one another overwhelming joy in moments great or small. Signaling the importance of the Church’s blessing upon a nuptial union, Nell emphasizes her desire to wed at a Mass, presided over by a Catholic priest, as does her second husband, who delays their marriage until it can take the proper form. And refreshingly, the protagonists generally embody the virtue of chastity, such as by saving sex for marriage. Overall, the novel promotes the good of matrimony, though it neglects to explore the challenges of the interfaith marriages, specifically between Catholics and Protestants, that it recounts.

Intertwining the stakes of faith with the fragility of life, The Wind That Shakes the Corn grapples with the pricelessness of human existence, of loving and being loved throughout the brief span on earth that God has granted each of us. However much evil we endure, we must prepare for our impending death, which could come at any time, not by begrudging those who have harmed us, but by attending to a Biblical warning: “…if you do not forgive, neither will your Father who is in heaven forgive your trespasses” (Mark 11:26). The arduous adventures of Nell and her companions will enthrall readers of any worldview.