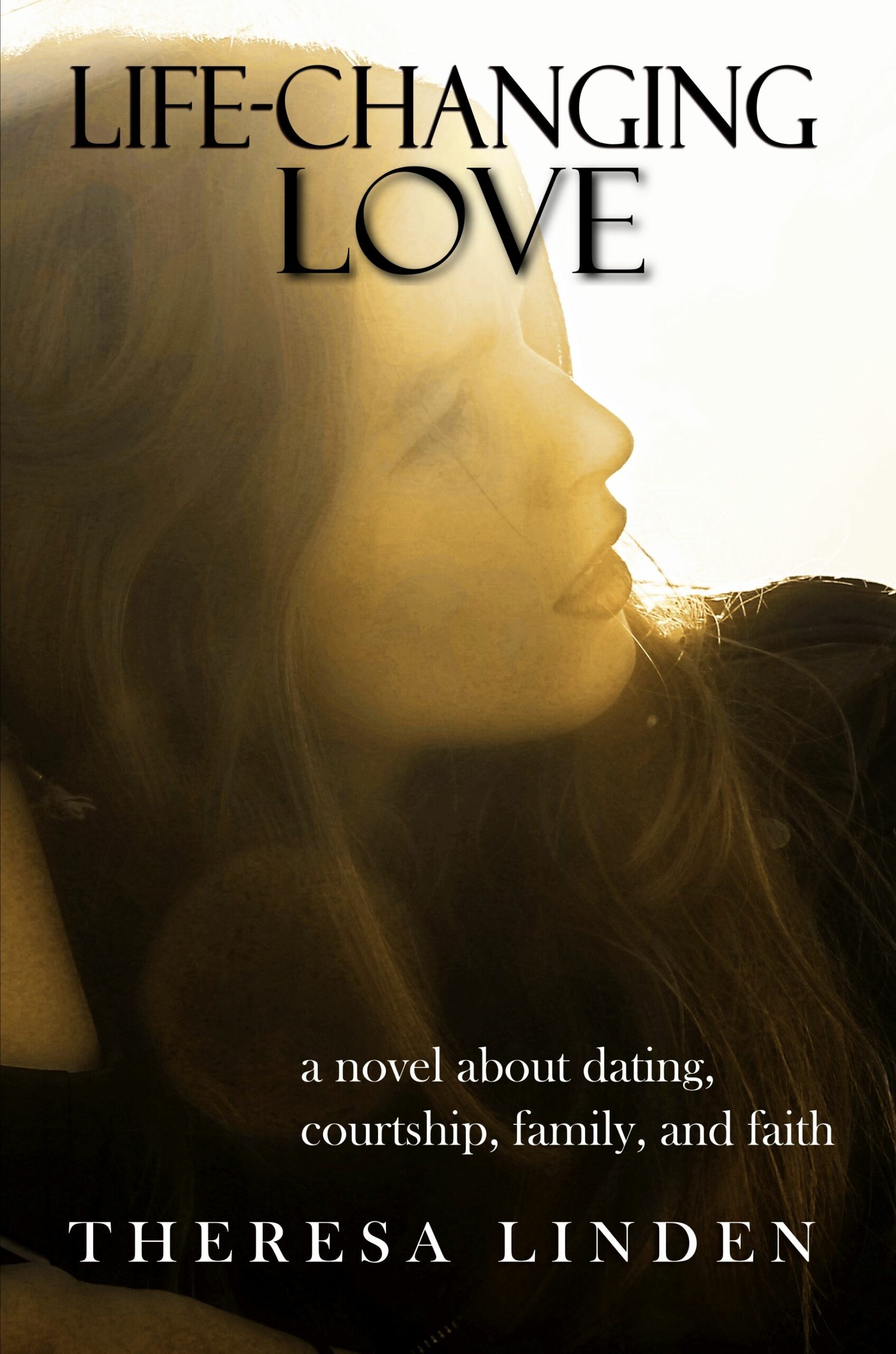 When you are only fourteen, how do you get the attention of a boy you like who could possibly be your future husband, and your parents insist on the outdated concept of courtship? Caitlyn Summers is crushing on Roland who she literally fell for in Theresa Linden’s first novel of the West Brothers series, Roland West, Loner. This second novel is a stand-alone as is the first, but her characters are so interesting and relatable, I happily read book two to see what was happening with Caitlyn.

An award-winning author, Linden writes for teenagers and young adults using universal themes with a clear Christian message. She knows about teen insecurities, the importance of friendship and loyalty, and understanding and being true to your self. This novel, Life-Changing Love, focuses on love, its many manifestations, and consequences.

Caitlyn is the primary character who sees herself as different from most of the girls in her class, especially her best friend, Zoe. Caitlyn chooses to wear dresses and skirts from the second-hand store, has what she describes as wild, red hair, and is exceptionally clumsy. Her best friend, Zoe wears the latest fashions, has long, silky black hair, and is graceful. Sometimes envy is hard for Caitlyn to avoid especially when popular Zoe has many boyfriends, no bothersome siblings, and parents who are both working professionals.

According to Caitlyn’s parents and the local youth group leader, courtship means individuals focus on taking it slow, getting to know themselves and their future mates before considering marriage. Caitlyn, a romantic who reads Jane Austin novels where the ladies dress in frilly dresses and gentlemen ride horseback, likes the idea until she realizes the first date includes all of her family. With four younger siblings, she despairingly decides, “She would live out her years alone and die an unmarried woman.” Nevertheless, Caitlyn loves “Jesus, her family, and her life.” She also loves her Catholic faith.

The most critical event at the beginning of the book is the annual community campout and what Caitlyn sees as her best opportunity of gaining Roland’s attention. Although she overhears him tell his friend Peter that he isn’t ready for a girlfriend, Roland isn’t immune to the attentions of the bubbly Mya who also likes him.  Zoe says she can help Caitlyn win Roland, but then Zoe is distracted by Jarrett, the less-than-considerate sixteen-year-old West brother who cares only for himself. This relationship goes too far, and Zoe becomes pregnant.

How can Caitlyn find love when her parents insist on old-fashioned courtship?

Everyone should have a friend like Caitlyn who supports Zoe throughout her pregnancy with loyalty, compassion, and sound advice when Zoe is confused in her decision-making by Jarrett, who claims to love her, and her parents, who say they know what is best for her.

A parallel story involves Keefe, Jarrett’s twin brother, who while on a trip to Italy with his father, experiences a conversion related to the Eucharistic miracle of Bagno di Romagna at the Basilica of St. Maria Assunta that took place in 1412. The episode changes his life, but also threatens to destroy the close relationship he shares with Jarrett, his twin brother. Until now, Keefe has acted as Jarrett’s conscience to keep him out of trouble. Keefe knows he can no longer comply with his brother’s manipulative and cruel schemes and decides to deepen his relationship with God. He makes a promise. “I will listen to Your voice. I will live knowing You are with me and that You love me, knowing that You shed your blood for me. I will not forget, no matter whom I’m with or what temptation I face.”

I like Linden’s style of writing and how she weaves situations in and out through the book, so nothing seems contrived to fit the plot. The characters are true to themselves, and you don’t see them engaged in something that doesn’t fit their personality.

Although it would be easy to dislike Jarrett, he has a vulnerable side despite his selfishness. Looking beneath the surface of his actions are insecurities from the loss of his mother and his need for attention and admiration.

Life changing love takes many forms in the novel for all of the characters. Caitlyn learns who she is and what she stands for in relation to her faith and family. So far for me, the West Brother series is engaging, current, and realistic. At first, I hesitated to imagine a girl of 14 becoming pregnant, so I investigated the data. Some teens are sexually active by this age with most teen pregnancies occurring between 15 and 18. Now I heartily endorse this novel with its ability to provoke essential discussions among teens and adults. The worldview is Catholic / Christian, but Linden’s themes relate to any religion or belief.