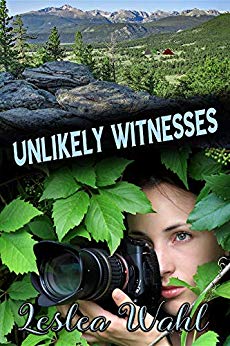 Remember the days of Nancy Drew and the Hardy Boys? Unlikely Witnesses is told through the testimony of four young teenagers: Josie, Ryan, Jake, and Sophie, who are being interrogated by the cynical FBI Agent Martinez about a crime they reported in Glenwood Springs, Colorado. What makes this story interesting is that through learning about the mystery the kids stumbled upon, cynical FBI agent Martinez starts to warm up to them and the idea of changing his life.

Even though these four “teen detectives” stumble upon a mystery, the story focuses more on their ordinary lives working on a ranch in Colorado. At first, Agent Martinez just wants the facts, but he starts to develop an interest in all the fun the four teenagers had, especially when most teenagers he knows are the kinds you see on an episode of Riverdale or Pretty Little Liars: party animals who don’t care about any kind of authority.

All the major characters in this story are very distinct. Josie is upbeat, if somewhat flighty, with a love for musical theater. Her boyfriend, Ryan, is competitive, but down to earth. Sophie is the more spiritually insightful one. And Jake, who’s most famous for being an Olympic athlete, is a lot more humble than his image may make him seem. This is a stark contrast to Agent Ramirez, who isn’t a religious or spiritual person, finds his job to be tedious, and has no real life outside of his job.

Explore all of Leslea Wahl’s Books on Catholic Reads

The competitive streak between the two boys leads to an archery contest. They almost accidentally shoot a stranger trespassing on the ranch property, someone who didn’t look like one of the ranch hands: work boots, heavy metal shirt, greasy baseball hat, and a huge snake tattoo. Later on, the teenagers are out on the town when they spot the same guy, along with a few other shady characters, in a nearby pawn shop. Josie’s curious nature leads her to spy on the suspects, dragging her friends along with her to the pawn shop after the suspects leave. They ask the owner about the suspicious characters and learn that they bought a bunch of burner phones.

Later on, after rafting through river rapids, the kids spot the criminals again, who are washing up on the riverbank, where they made camp. The kids tell the ranch owners, who call up the sheriff. Unfortunately, the sheriff couldn’t find the criminals. Instead, the four kids find the criminals in town again at the pawn shop, talking about moving “stuff” and possibly taking the kids out by any means n

The story is a very quick, lighthearted read that I would recommend as a transition from middle grade to full-fledged YA or even a transition from children’s chapter books into middle grade reading. I can see this being adapted into a TV series, especially from the way the story is framed and how it flows. If there’s one thing I’m left wondering about, it’s whether or not Agent Martinez’s life ends up changing for the better. I want to see a short story about him improving his life.