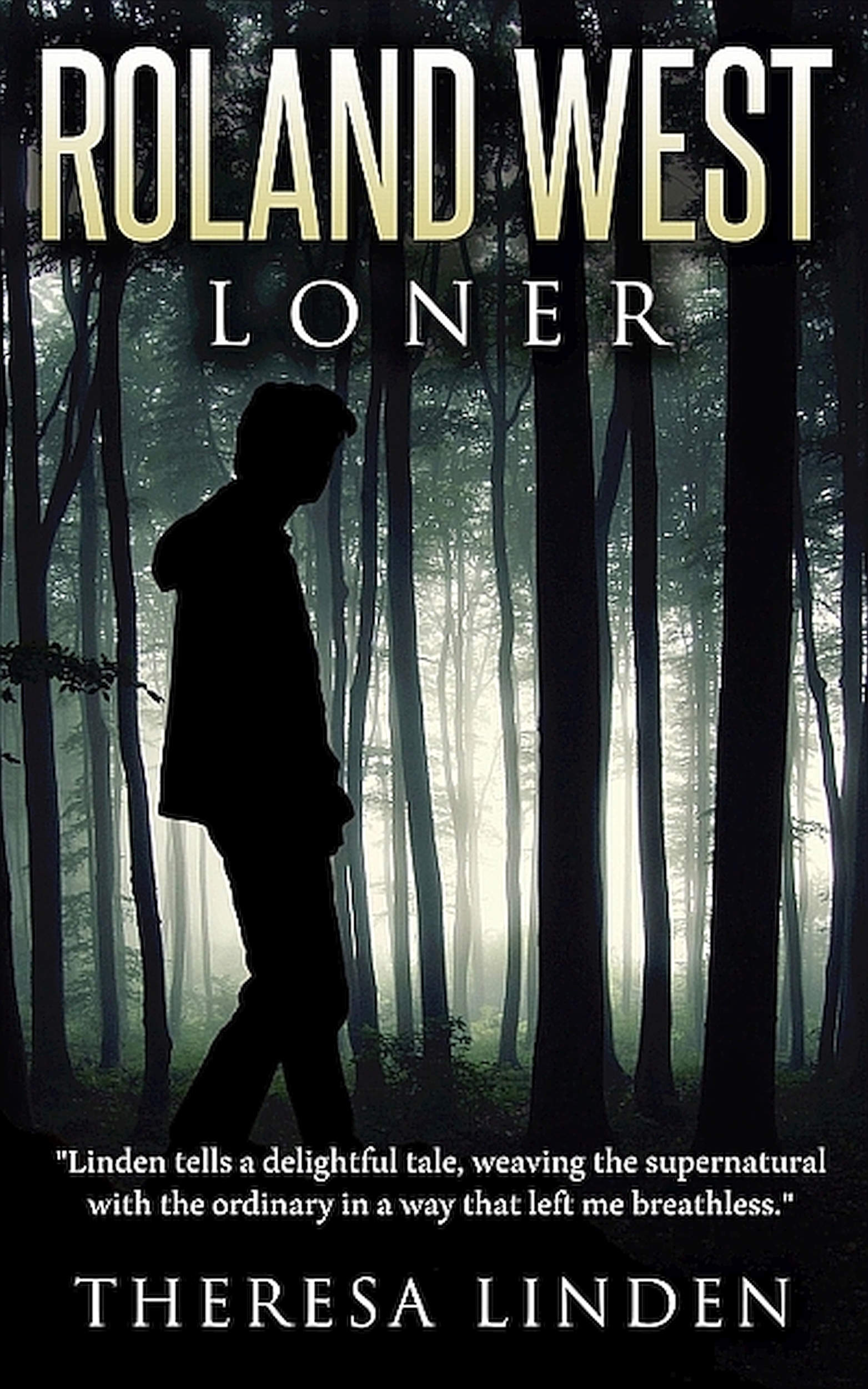 No wonder, Roland West considers himself a loner. He has no friends at his new school where people gossip behind his back and refer to his family as savages. He misses his mother who died six years ago when he was nine. His father is often gone on archeological trips leaving him home with the nanny. Worst of all is the treatment he receives from his twin brothers who epitomize the myth of the good and evil twins.

Theresa Linden introduces a host of memorable characters in the first book of her award winning West Brothers series for teens, Roland West Loner, beginning with Roland who struggles with issues of grief and trust. His father invites him on a trip to Italy where Roland hopes to convince his father to allow him to be tutored at home rather than continue attending high school. Unfortunately, older brother Jarret, known as the family troublemaker, eavesdrops on the conversation and plots against Roland to sabotage the trip.

I couldn’t believe the cruelty of Jarret who physically strikes Roland and locks him in the basement, but that plot element is exceptionally fitting with the description of the large house in which the West family lives. Built in a forest, it is a replica of a medieval castle complete with turrets, swords, and suits of armor. A hidden gate and tunnel lead out of the basement, and that’s how Roland meets Peter.

Peter is a classmate who, though fearful of the West family due to rumors of how the West brothers “live like savages…shooting anything that moves on their land, hunting their own food, living secluded,” inadvertently saves Roland by stumbling upon the secret passage while on a fishing trip. He finds the key to unlock the gate, and Roland escapes.

Keys become an important element to the story. Though Roland doesn’t trust Peter, he needs a place to stay away from Jarret until his father returns. When Peter inherits an unusual antique box from his great uncle, Roland is obsessed with its contents. Unfortunately, the key doesn’t come with it. Peter’s solution is to break the box, but Roland believes it holds a message calling especially to him. Therefore, it cannot be destroyed.

The novel builds through the mystery of the box. Finally another relative finds and sends the key, but apparently, a boarder at the Bed and Breakfast owned by Peter’s family also knows about the box and will do anything he can to possess it. Roland and Peter must hide it until they can unlock the secret of its contents.

Linden creates a modern teenage world intersecting with images from the past. The contents of the box provide a connection to a little known saint who lived long ago and performed miracles of healing. It becomes Roland’s hope that St. Conrad can heal the evil heart of Jarret. The contents also reveal why the boarder is so desperate to get his hands on the box. Linden’s resolution presents a strong message about the power of faith.

As for Roland, his own inability to trust and accept friendship from others begins to heal through his relationship with Peter. He returns to attending Mass with Peter’s family and remembers how much his mother loved her faith. He finds peace in the sacrament of Reconciliation and the advice of Father Carston who recommends that Roland forgive his brother.I understand why this book received the Catholic Writer’s Guild Seal of Approval and also was the 2nd place winner of the 2016 Catholic Press Association Teen & YA Book Awards. Linden’s descriptions immerse you in the setting, and the characters are completely believable. This novel is well written, and I wouldn’t hesitate to recommend it become a part of any junior high or high school library. It’s a good read for Catholic and non-Catholic teens and young adults.

Buy the ebook for $3.49
Or
Buy the Paperback for $13.99
OR
Subscribe to Catholic Reads to Find Out When this Book Goes on Sale