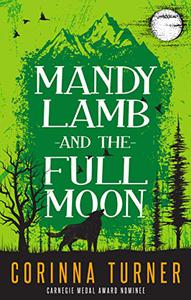 In this unique pastoral fantasy, Mandy Lamb is a human-sheep hybrid who happens to be friends with a vampire and a werewolf. The themes of nature versus nurture are at play here as Mandy tries to fit in at school. For example, Mandy has a habit of eating flowers and gets in trouble for eating the principal’s garden. The theme of nature versus nurture also applies to Mandy’s closest friends: a vampire named Vincent and a werewolf named James.

The overall story feels very “slice of life with fantasy creatures.” Mandy goes to a school with regular people—activities such as watching TV are mentioned. All the characters feel like they’re people you’d recognize from real life, people that you’d want to hang out with. Even though the characters are unusual, the setting feels quite grounded. James’s struggle with his predator instincts adds an authentic layer to his brooding personality, and Vincent is quite a friendly neighborhood vampire, who has a snarky sense of humor that is always fun to read.

I really appreciate the dynamic that Mandy has with her friends. There’s no forced love triangle like other urban fantasy novels. Instead, the three of them are very supportive of each other, at least after James and Vincent get past their differences. The vampires versus werewolves trope is played with for an initial conflict, but Vincent’s motivation to protect Mandy is very understandable. The main conflict centers on Mandy being a supportive friend to James as he tries to control his inner demons, especially whenever there’s a full moon.

I recommend this book for middle grade to younger YA readers as it’s very similar to more grounded modern fantasy/magical realism works such as Sandhya Menon’s Of Princes and Promises. The Catholic themes are pretty minor. Fr. Llewellyn is a very friendly supporting character, who discusses with Mandy about how God loves her in spite of the DNA meddling, and encourages James to become an altar server. Fr. Llewellyn reminds me of the friendly friars from Shakespeare’s plays. DNA meddling may be seen as wrong in this book, but it doesn’t invalidate Mandy, James, or Vincent’s existences.

A man-hunt across space that forever changes both the criminal and the detective.

When the planet of Treelight’s contract changes hands the Star Brothers send an agent to discover the corporation’s plans for the sleepy little space colony.