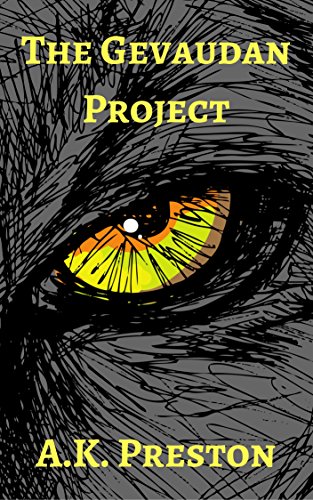 Set in the near future, the Gevaudan Project presents itself initially as a sci-fi horror novel, but it is much more than that. The author doesn’t simply present a thrilling tale of man vs man’s creations but rather serves as an exploration of how exactly we are called to be stewards of creation. Mr. Preston doesn’t even stop there, digging down to the root of the issue, going beyond worldview to the spiritual battle over that nature of man’s role in creation. If that set up sounds intriguing, then I promise this book will not disappoint.

Subscribe to Catholic Reads to Get this Book for FREE

The main character is Philip Caster, a former Green Beret and now professional zoologist, who joins a program in Sumatra dedicated to boosting the population of the endangered Sumatran Tiger. With the help of his friend Ken Blackthorne and several others, things progress quickly to the release of artificially bred tigers, which seems to go smoothly enough. Until Caster notices that one of the tigers doesn’t follow the expected path.

Choosing to investigate, the researchers discover a decimated camp of rangers. Mauled bodies lie everywhere, accompanied by an unusually large paw print. Over the next several days, they uncover other such scenes and a police force curiously resistant to investigating the situation. Even though the actual evidence points towards the arrival of an invasive species, the police seem intent on blaming the deaths on Caster.

This all makes for a very satisfying first act, full of thrills, suspense, and intrigue. The second unfortunately slows down quite a bit. After Caster is framed for the murder of a colleague in Jakarta and possession of meth, he is forced to leave the country, returning to San Diego where he becomes something of a pariah. From then on, the book becomes more a slow burn thriller as Caster, unable to simply let the situation rest, uses his now abundant spare time to investigate what was really going in Sumatra. Piecing together bits of research into genetic engineering, the sudden dismissal of a leading scientist from the Max Planck Institute, and the TriColor initiative of the Lock Foundation, Caster uncovers is nothing short of a global conspiracy to destroy the world as we know it and remake it along the lines of a Gaia-inspired philosophy. For those unfamiliar with the term, Gaia theory is a form of radical environmentalism that considers the whole planet to be one organism and humans to be parasites within it. In The Gevaudan Project, the Locke Foundation’s leadership and allies are subscribers to this notion.

The third act picks the pace back up. Caster successfully recruits allies to put a stop to the efforts of the sinister Locke Foundation to remake the world as we know it. Leaning on his experience as a Green Beret, he manages to get himself assigned to the assault team, a move that brings him into direct contact with the leaders of the Locke Foundation. It also gives him the chance to the full perversity of their plan, their willingness to twist nature to their own ends, kill possibly billions of people and enslave the rest to achieve what they consider environmental balance.

Interestingly, the author hints at elements of the supernatural in different ways. The antagonists are all anti-Christian to various degrees, and Caster’s own Catholic faith, while not often mentioned, is nonetheless an important motivator for him throughout. Not only does it give him the courage to press ahead against a massive international cooperation, it informs his view of nature as God’s creation and man’s role to caring for it. More direct involvement of supernatural forces is also hinted at, especially in one apparently miraculous event that saves the ex-soldier’s life near the end of the third act.

Combining so many themes and genres do make bits of the story read a little odd at points. For example, a reader would likely expect Caster and Blackthorne to go in gun’s blazing and save the day. Or for the action to stay in Sumatra and focus on people getting hunted by the creatures of the Gevaudan Project. The fact that it doesn’t is both a strength and a weakness. It may be a weakness for readers who would prefer a simple, fun read and a strength for those willing to sort through the elements and see how they fit together. The two books it most reminds me of are Father Elijah by Michael O’Brien and State of Fear by Michael Crichton; the former for its unconventional structure and the later for its exploration of environmental themes.

This fun monster story takes themes of God, man, and environmentalism to places deeper than any newsroom can go.

The resemblance to State of Fear is particularly evident in the long monologue given by Caster at the end, in which he discusses a new approach to conservation; an approach based on evidence and reverence for creation as God’s creation rather than the materialistic and ideology-driven approach that drove the Locke Foundation. It went on a tad long and got a little preachy at points but by and large, it is hard to dislike it as the worldview espoused is very Christian and easy to agree with.

At the end of the day, The Gevaudan project is an interesting and at times thought-provoking read, if slow in parts. For those who wish to delve a bit deeper into the ideas that form the impetus of the book, Preston provides footnotes for many of the more interesting and disturbing quotes from the antagonists. There a few lines where the author’s Protestant worldview bleed through, such as a brief nod towards Rapture theology, a line that could be taken as not allowing for prayers for the dead, and ambivalent mentions of in-vitro fertilization at the beginning. All things considered, these are small in context and the great bulk of the book represents a worldview that Catholics can easily agree with.

Subscribe to Catholic Reads to Get this Book for FREE