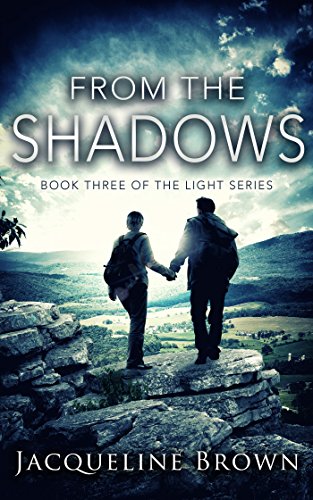 After the events of From the Ashes, Bria and her friends are still in the Washington D.C. area, picking up the pieces. Bria is still reeling from the death of her former boyfriend, Trent, as well as discovering that Jonah had apparently served time in jail for reasons unknown. In the third installment of Jacqueline Brown’s dystopian, post-apocalyptic series, Bria and her friends find themselves in a settlement outside of Washington, D.C. in search of her friend Sara’s family.

Even though it’s only been six months since the first book, Bria has learned not just how to survive in the midst of the apocalypse, but is on her way to truly living, as she has a healthy community of people. In the midst of all the change, however, Bria still struggles to believe in God.

Explore all of Jacqueline Brown’s Books On Catholic Reads Here
Although Bria and her friends are successful in finding Sara’s family, they have to contend with a virus that infects Sara’s mother. They also confront Trent’s militaristic “survival of the fittest” group, who is investigating Trent’s death. It’s at this point that, like Fellowship of the Ring, Bria’s group splits apart, with some people planning on taking down Trent’s friends for trying to invade the community, while others stay behind.

The running theme of Brown’s series is examining how humans act when faced with harsh situations. In the previous novel, Trent provided an example of the people who embraced the “survival of the fittest” idea. In this novel, however, Bria finds a community that legitimately supports and helps each other out, even if they’re not as well off as the local military compound.

Something that I find refreshing about this book is that Bria doesn’t have one of those epiphanies and converts to believing in the snap of a second. Her belief in God develops very gradually, from the things she experiences and observes. By the end of the story, she’s still not 100% certain, but she does find genuine love, and a legitimate relationship with Jonah.

Some knowledge of previous books is required. I recommend this novel to fans of dystopian young adult fiction who want something a bit different from the typical Hunger Games knock off.

Rent the Audiobook from Your Local Library’s Online Database
OR

Audience: Young Adults (13 and up)