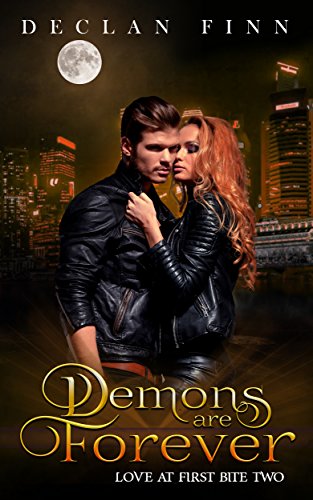 It’s a new day for horror, and Declan Finn’s Catholic vampire Amanda Colt, non-boyfriend Marco Catalano, and company are back to deal with it in the second installment of his Love at First Bite series.

Subscribe to Get a Weekly Catholic Book 50% off to FREE

Picking up the reigns from our previous horror editor, T.S. Sloan, I decided to jump into Declan Finn’s Love at First Bite series. If you missed Mr. Sloan’s review of the first book in the series, Honor at Stake, you should check it out here.  And if you haven’t read the book yet, go do that; you’re missing a genuinely good time.

After the events of the first book and the victory of Marco and company over Mikhail the Bear, Marco flees to San Francisco in an effort to not hurt Amanda should she discover just how dark his dark side really is. He also has the plausible excuse of responding to Merle Kraft’s request to help train a group of vampire hunters in San Francisco. Not that the fanged critters are a huge problem there yet, Kraft would just like to keep it that way.

Marco takes his time integrating himself with the team Kraft has already assembled, and when he does, let’s just say Marco’s people skills have not improved much from the previous book. Surprisingly, he does forge something like a real connection with Yana, a casually pagan walking stereotype of San Francisco – in a fun way. There is even a hint of romantic tension that leaves the reader wondering if Amanda might turn Yana into lunch later on.

All of that takes a backseat though when the forces behind Mikhail retaliate against Marco, the Vatican Ninjas, and the rest, beginning with a feigned terror attack in New York. Realizing that the attack was aimed at Marco; Bram, Hendershot, and the rest of the Ninjas arrive in San Francisco just in time to save him from the person responsible for the attack, the mysterious Mr. Day. As one would expect, he is much more of a threat than Mikhail. Mr. Day, in fact, has a long history of causing trouble in the world and has crossed paths with Amanda before. His powers are beyond those of any vampire they have met, requiring all of their forces and all of Marco’s considerable strategic talents to overcome.

There are a few quibbles that I have with the book, primarily centering around Merle’s team. Though they have spent time in the field against vampires with a good deal of success, it is hard to take them seriously in the role. They simply seem too much like bored college kids with an unusual hobby rather than people who actively spend time hunting and killing vampires. It is also somewhat disappointing when one of them very casually reveals that he is a lycanthrope, a revelation that doesn’t seem to get the reaction it deserves. There is also very little done with that aspect in this book. However, Mr. Finn does make up for that in the sequels. All of that said, these are quibbles, and they did not seriously impede my enjoyment of the book.

All in all, Mr. Finn provides his readers with another fun ride through a world in which vampires, good and bad walk, among us while developing character relationships from the previous book and build even more on the distinctly Catholic mythology of his creation.

How do Marco, Amanda, and everyone defeat Mr. Day in the end? Let’s just say the angel on my shoulder says I need to guard that secret for your own good. Now, get yourself to Amazon, pick up Demons are Forever and set aside a weekend to sink your teeth into a genuine, page-turner.

Subscribe to Get a Weekly Catholic Book 50% off to FREE