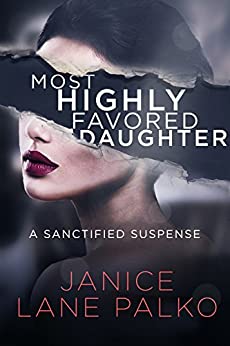 Cara Cavanaugh Hawthorne seems to have everything a woman could want in life: wealth, beauty, a handsome and successful husband, and a gorgeous home in the upper-class section of Pittsburgh. A compassionate and generous soul, Cara is also the founder of a charity that provides care and counseling for grieving children. When she receives a prestigious award for her philanthropic work, Cara feels certain that she is headed for even greater success.

Mere hours after the award ceremony, however, Cara’s perfect life begins unravelling at an alarming rate. A seemingly innocuous reporter drugs her drink and takes her back to her hotel room, where she passes out. While Cara is unconscious, the “reporter” and an accomplice take pornographic photos of her with an eight-year-old boy. Cara awakes the next morning with no memory of this event—so when she receives a blackmail note in the mail a few days later, she is horrified to discover that someone has framed her for child molestation. (For readers who might be concerned about graphic descriptions, the scene in which the blackmailers take photos of Cara is not depicted in the book, as she has no memory of it. The photos, except for one sentence, are not described in detail either.)

Subscribe to CatholicReads & Get Weekly Books for as little as $1

Rather than caving to the blackmailer’s demands, Cara fights back. She makes the false accusation public, insisting on her innocence in the face of a ruthless media. Meanwhile, she hires a private investigator—a smart, cynical, and handsome ex-military man named Jake Gold—to discover who is out to ruin her life and why. Cara’s decisions, however, make her husband angry: as an ambitious lawyer who is trying to climb the social ladder, he doesn’t want his wife’s blackmail scandal to wreck his career as well.

While Cara struggles to deal with invasive reporters and an unsupportive husband, more trouble arrives on her doorstep. Her younger sister Sophia—the black sheep of the family, a woman as reckless as Cara is prudent—arrives at her house late at night. Fleeing from her latest mishap and suffering from a concussion, Sophia asks for a place to stay while she recuperates. Although Cara has little patience for her sister’s rash and scandalous behavior, she agrees to let her stay, hoping that this time Sophia will finally learn her lesson.

From here, the plot continues to unfold, full of revealed secrets, terrible treachery, and love in unexpected places. Through these trials, Cara discovers that her former happy life was mostly a façade. After her husband betrays her, she is disconcerted to find herself falling for Jake. She even finds that her sister Sophia, whom she has always viewed as the embarrassment of the family, actually has more wisdom and compassion than Cara thought possible. Finally, when Jake uncovers connections between her blackmailer and a huge human trafficking operation, Cara realizes that there is another, uglier side to the ritzy city in which she grew up. Although she has devoted her life to helping children, she has been blind to the corruption running rampant just under the surface of her society.  Setting aside her concerns for her reputation, she determines to rescue these exploited children and bring their enslavers to justice.

This suspenseful romance novel does have a happy conclusion. There is a certain amount of wish fulfillment in the ending, which will satisfy readers who want a story that touches on dark themes without becoming depressing. On the other hand, those readers more interested in the heavy themes of exploitation and class corruption may find the ending somewhat contrived. Consider which of these two types of readers you are before making a final decision. Overall, though, Janice Palko tells a surprisingly intense and compelling story that held my attention. The Catholic themes were present without being overstated. Especially in today’s turbulent times, it was inspiring to see Cara stand up to her accusers and proclaim her innocence in the face of a hostile media.

Subscribe to CatholicReads & Get Weekly Books for as little as $1

I was also impressed by Palko’s willingness to grapple with the darkness of the world by including human trafficking as a major element of her story. While never using graphic language or imagery, Palko nevertheless manages to depict the shamefulness and horror of this crime in a believable way. Simply because of the intensity of the themes, however, I would only recommend this book to adults or very mature teenagers. If you are looking for a contemporary novel that is a bit darker and more complex than your average romance, you will enjoy Most Highly Favored Daughter.