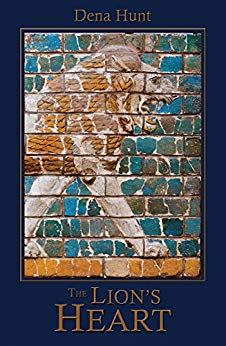 The Lion’s Heart is billed as a love story of a different kind. It is certainly that. The main character is Paul Meyer, a handsome and successful art director in Atlanta, Georgia. He makes a substantial, though not extravagant income, travels around the world, and his opinions are highly respected by the art community. He is also a fallen away Catholic and a practicing homosexual.

Neither of those last two facts causes him any difficulty though. His coworkers are thoroughly comfortable with him and other men are apparently readily available. The only person he keeps his lifestyle a secret from is his Nana, a devoted Catholic who emigrated from Spain when she was much younger. Paul’s parents divorced when he was young and it’s fallen to him to care for his grandmother during her failing years, a task he performs admirably. He’s financed her staying in a very nice condo in Savannah for years but Paul is afraid he will soon need to move her into an assisted living environment.

It is this situation that provides that catalyst for the story. Michelle Maxwell, Paul’s assistant, invites him over for family dinner, mostly so she can better relate to him. During the evening, Paul talks to Michelle’s husband, very successful lawyer Allen Maxwell, whom everyone calls Max, about arrangements for Nana. Max, being the kind and generous soul that he is, readily agrees to help and they soon meet for lunch to discuss the situation.

It is at that lunch that they begin to fall in love. Paul, having lived as a gay man his whole life recognizes is quickly, though it unnerves him. Paul has never let anyone get close, avoiding any sort of long term relationship. Max of course takes considerably longer to realize his own attraction but once he does, he dives in without a second thought.

Hunt does a fantastic job of developing the relationship between Paul and Max, exploring their psychology in an open and honest way throughout. This is expressed in the feelings they have for each other and in how they both process the deceptive aspect of their relationship. After all, Paul works closely with Max’s wife. He’s also come to love Max’s children, Jake and Roxy, as his own. So much so that when Max proposes leaving them, Paul is deeply disturbed.

As the relationship develops, Paul is also trying to get things settled with his Nana. She has expressed a desire not to move into an assisted living home or stay in her condo, but to return to Spain and reconnect with her extended family. Paul hopes to satisfy her with a trip to Barcelona but as they come closer to the trip, Nana drops a bombshell on Paul. She knows about his homosexuality and has known for years. She also knows that he had been abused by their parish priest when he was a teen. What’s more, Nana has realized that Paul let the priest think that he was the reason for Paul being gay. Paul and already come to the conclusion that he was gay and allowed the priest to be his first experience. That realization causes her to insist that Paul visit Fr. Thomas at a Trappist monastery on the way back Atlanta. The conversation that follows allows Paul to finally confront some hard truths about himself and the way he sees himself and the world, truths that he continues to explore throughout the few remaining pages of the book.

Hunt has truly accomplished something with this book. While there were many times I was concerned I wouldn’t be able to accept it, I am glad I stuck with it. In allowing her characters to tell the story, Hunt has told a story of immense depth, honest, and truth. There are no preening lectures, no stereotypes, just broken people living broken lives. Yet, the truth of the Gospel shines through in the end, in much the same as it does in Brideshead Revisited. Not that there no consequences. There are consequences, even tragic ones but in the end, the reader is left knowing where the truth lies, where it always has been.

If I had to compare the book to any others, I would compare to both the aforementioned Brideshead Revisited and Sexual Authenticity, the autobiographical work by Melinda Selmys. I strongly recommend The Lion’s Heart to anyone who struggles how best to express the Church’s teaching on homosexuality, or to anyone who has a gay friend or family member, or someone who just wants a really good story.