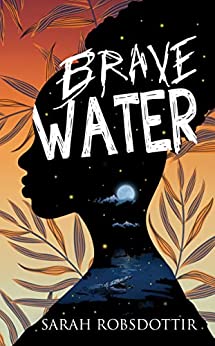 In Talitha’s world, the only thing stronger than the need for water is the working of the Holy Spirit.

Talitha’s mother is a city-raised Christian, her father a traditional countryman who dreamed of bringing Christianity to his tribe. Talitha herself has never known anything but life in her village in “The Great Red Valley” in Eastern Africa, a life dominated by the daily kilometers-long walk to fetch water. But now girls are disappearing on the way to the spring. The local mine owners and their mercenaries are the number one suspects—slavery in the big city the presumed fate of the stolen girls. When Moses, the boy whom Talitha has had a crush on for years, gets dragged into the traffickers’ plans, the stage is set for one explosive day in which Talitha must find her courage; Moses must struggle for survival; and the action of the Holy Spirit in the human heart will decide the fates of all.

This young adult novel combines action with a touch of romance and is equally accessible to adult readers. Since water poverty and trafficking—the two key themes of the book—are serious problems in many locations across Eastern Africa, the author sets the novel in a fictional location rather than single out one tribe and place.

Water poverty and trafficking are two social justice issues of keen interest to most Catholics, and twenty-five percent of Sarah Robsdottir’s personal proceeds from this book are pledged to those in need. Both themes are eloquently handled. The way water-carrying dominates the life of teen girls like Talitha is perhaps most powerfully conveyed in a scene where Talitha has a tiny window of opportunity to help a kidnapped girl (the kidnappers being in a vehicle and she on foot). Yet she must turn and walk away, carrying her precious water, because it is needed so badly by the children waiting for her back at her hut, kilometers away. Similarly, the gut-wrenching helplessness of the villagers in the face of the kidnappings also brings home just how serious a problem trafficking can be in areas where a few armed men with a vehicle can operate with near-impunity.

The helplessness of the characters in the first half of the book is in fact so overwhelming that you do wonder how it will all end. But the book’s plot mirrors the spiritual journey of several of the characters in a highly effective and uplifting way: because this book also has an incredibly strong theme about conversion. There is the story of Talitha’s parents’ missionary attempts to convert her father’s tribe from paganism to Christ (mostly told through flashbacks), and there are the individual spiritual conversions of various characters, whether ongoing or more road-of-Damascus-style.

Conversion is a deep-running and ultimately plot-deciding theme, so strong it almost steals the book from the two young protagonists, whose plotlines and character arcs can feel a little flat in comparison to those of some of the adult characters. My main—and almost only—criticism of the book would be that I finished it feeling that for a YA novel, the teen characters are somewhat underused in the second half (although the climax of Talitha’s story does tie in well with the themes of water and courage which dominate her story arc).

The heroine is well-chosen. Talitha’s city-raised mother has taught her to read, allowing western readers to identify a little more easily with her, yet she has never known anything but her village life, providing an immersive glimpse into tribal culture. I appreciated the way the book gave such a positive, respectful, and appreciative look at a traditional tribal life without negativity about Christianity.

The book also shows clearly how the colonial and racist attitudes of the original mine owner ruined his sons’ lives as well as those of the locals, and how mixed-race people in such a location can be the most lonely of all, without a tribe and despised for their blood even by those who work for them. The fleeting appearances of ‘wazungu’ (white people) are convincingly varied—some are well-intentioned but clueless, some are out for what they can get, and so on. The book also smoothly sidesteps becoming enmeshed in any feminist debate about traditional male-female roles in the tribe—it’s not an issue to the heroine, so it’s not an issue to the reader.

This book is written from one first-person and multiple third-person points of view, in quite a flowery style of prose, with one of the three main plotlines told through very frequent flashbacks. I should say that this is not at all my preferred style, yet I flew through the book, and the way the author carefully chose non-standard, convincingly African metaphors and phrases actually made the flowery prose very beneficial to the reading experience.

This book would be excellent for Catholic readers along with any Protestant readers who are comfortable reading brief references to Catholic/Orthodox liturgical practices. Secular readers with an interest in water poverty and trafficking would enjoy this book, provided they are open to reading about genuine, deep religious experiences. In fact, the Christian aspect is likely to be more palatable to secular readers than it might otherwise be, because of the foreign setting and phraseology employed, especially since the greater openness to the supernatural intrinsic to many African cultures feels very authentic.

Age-wise, this book is suitable for anyone aged thirteen to one hundred, although parents should be aware that there are some quite intense scenes of cruelty and violence, so pre-reading would be recommended for more sensitive teens. It would probably also make a good book to read aloud as a family to younger children. It is equally effective either as a way to introduce the social justice issues to children and teens, or simply as an ultimately uplifting novel to be read for pure enjoyment. It contains a useful set of appendices and discussion questions at the end.

One type of reader this book is inappropriate for is anyone who would take issue with the fact that the author is not actually from Africa. However, in her own words:

“I knew that if I didn’t tell the tale rattling around in my skull, one that I realized could shed light on some really important issues, how could I be certain that someone else, perhaps someone with more cultural acumen, would? It was a tale that needed to be told.”

It’s hard to argue with that. From the long list of people and organizations she thanks at the end and from the level of detail she presents, ranging from trees and animals to language and cultural practices like lip plates, she appears to have done plenty of research to make “The Great Red Valley” and its inhabitants as authentic as possible.

In short, this novel has a very broad appeal: adventure lovers, the more romantically inclined, those concerned with social issues, those who like a nail-biting ride with a happy ending, and those interested in Eastern African culture, to name a few. Above all, if you’re a sucker for a redemption plotline—like me—make sure you don’t have anything you need to do as you approach the halfway mark in this book, because you may not be able to put it down after that!

A great romantic drama about how authentic love can restore life to two people who have been hurt in the past.