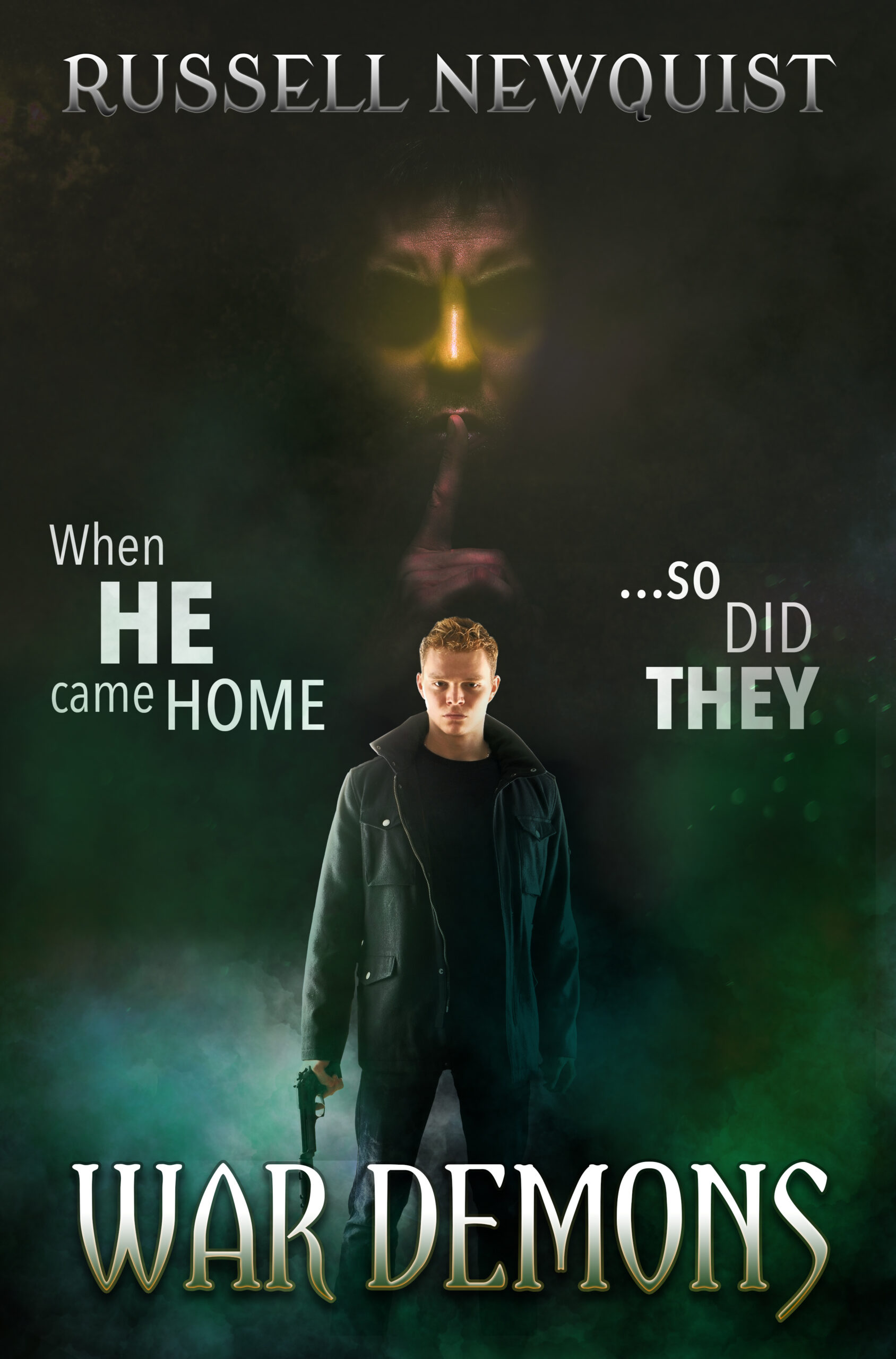 What if demons were creatures you could shoot grenade launchers at? Then War Demons would be the novel for you.

However, as all foolhardy adventurers usually find, demons aren’t as fun or easy to destroy as you may think. And often don’t stay dead because they live to make it easier for you to feel the greatest pain. Their goal is to dominate a soul, to leave a person no choice but to fall into greater and greater pain.

& Find Out When this Book Goes on Sale!

The novel opens with the struggles Michael Alexander, a twenty-six year old going back to college in at Georgetown University after having been discharged for ‘medical reasons’ by the Special Forces. He went into the Special Forces after his fiancé died in 9/11. After coming back from the Middle East, he has trouble relating to his fellow college peers and sometimes reacts too violently in martial arts class. Every night in his dreams, he re-experiences the death of his best friend, Bryan, to a manifestation of evil he can only picture by its long, yellow nose. He feels so alone he even puts a gun in his mouth.

But he does not pull the trigger. A good friend of his, Peter, starts bringing him to Mass. Just as Michael begins to find peace again, Bryan’s corpse, now donning the terrifying, glowing yellow nose, possessed by the demon of Michael’s nightmares, finds Michael and seeks to kill him and all his friends. After causing destruction and chaos across all the campus, the demon flees. The police arrest Michael, blaming him for the attack. He’s freed, though, by a member of the Special Forces who knows that he knows what they know. Then a necromancer on a dragon tries to destroy the world. And The Order of the Sword of Saint Michael the Archangel, a group of priests and friars who go around the world fighting black magic, comes to Michael and Peter with a vision saying that they are chosen by God to save the world.

The novel leads slowly to this point as a way of easing the reader into the interior psychological disposition of Michael and to really make the reader appreciate some of the experiences actual survivors of life or death trauma encounter when they return to a lifestyle of less constant strife. This is important because the main villain of the novel experiences a similar trauma to Michael and even has the same people of support. But Michael and the main villain come to opposite ends. When Michael has moments during his semester where he feels alone and drinks a bottle of whiskey, he doesn’t commit suicide because he has his dead fiancé’s father Jim Covington, Peter, and his own faith in God to fight against any influence he might have to end his own life.

Unfortunately the main villain of the novel does not have such help. She gives in to the pride of jealousy, and because she doesn’t understand the pain she’s going through, it makes her want to destroy the world.

That’s the central action of the novel. Yes, there’s lot of action and humor about Georgia and the military tactics of fighting demons who take physical forms. But ultimately, the novel is about the choice between choosing to trust in God for the good of the world despite the pain you feel and choosing to lean into the pain you feel, so much so, you decided God and the world isn’t worth it.

Catholic Themes: The Hope of Salvation, The Despair of Evil

Audience: YA with a caveat that if you’re very sensitive to the issue of suicide to be careful when reading the first part