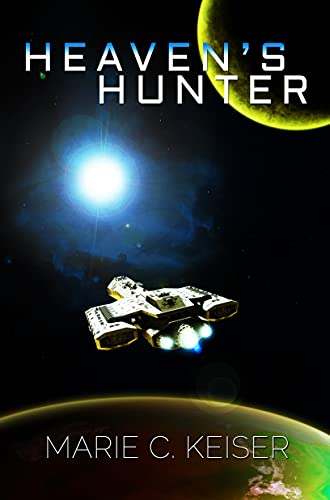 After an act of terrorism by an illegal fringe group rocks his world, Randall Yung vows to chase the murderer across the vastness of the galactic empire and brave any hardship for justice. This illegal organization just happens to be the Catholic Church, and his prey, an ace pilot ferrying secret priests to far flung planetary colonies. What follows is a nail-biting man hunt. Both Randall and the pilot are likable empathetic characters. Even though Randall is hunting Catholics, he is a good man. The son of a wealthy family, he, like St. Francis of Assisi, leaves his family’s wealth and corruption behind and devotes himself to his job in criminal justice where he hopes to change the galaxy’s corruptions from within and bring justice to those less fortunate. The devastation of life that happens during the terrorist attack at the start of the book sends him into a spiral of grief and depression. But as he gets closer to his prey he finds solace from that grief in the most unlikely of sources: his enemy.

This man hunt is full of close-calls and moments where it is uncertain who has the upper hand. I could not put this down and binge read it in a week. Because both sides of this hunt are represented by such charismatic characters I scarcely knew who to root for. It reminded me a lot of the movie The Fugitive for that reason. The wider world of rusty starships, backwater planets and shady intergalactic politics reminded me of worlds like The Expanse or Firefly.

As Randall hunts his prey across the galaxy, he cannot help but be changed by his encounters with this clandestine group. In another author’s hands his character arc could have slipped so easily in cheese and melodrama but Keiser knows what she is doing. Randall’s change is slow, painful and well earned.

Fans of Arthur C. Clarke, The Expanse and Firefly/Serenity will love this story. If you like your sci-fi character driven and with a little more rust on your spaceship than chrome pick up a copy. Given the explicitly pro-Catholic-against-the-repressive-government theme, I was at first hesitant about whether this would be a novel that non-Catholic readers would enjoy so I introduced it to one of my un-churched friends. I am happy to report that I was wrong. She found the premise intriguing and told me she thought that people from many different oppressed groups would instead find much to empathize with. That said, if you are looking for an apologetics style case for the church, this is not the book for you. The story’s strengths lie in keeping firmly within the point of view of one character undergoing a profound and even painful change of heart, as he learns to see past the prejudices he was raised with and find his way to true interior humility and compassion.

My only disappointment is that this is Keiser’s debut novel and there isn’t another book by Keiser I can sink my teeth into immediately. Regardless this is one author to keep an eye on.

Ready for the end of the world, battle mechs, and body swaps? This collection of short stories has it all.