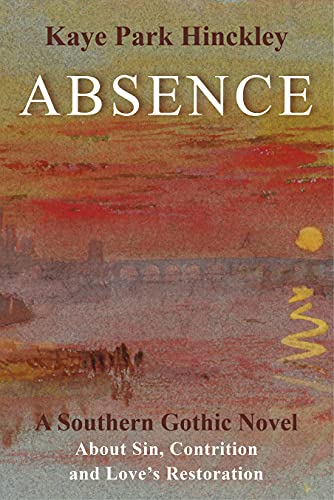 redemption, commodification of children, babies for sale, theology of the body, Southern Gothic

Absence belongs to the Southern Gothic tradition because the secrets are dreadful; the stubbornness is perverse; and children play with a human skull in bed. Yes, there is a version of incest too. But if it were possible to reclaim a genre in the tradition of Sidney Lanier—one of whose poems provides both the epigraph and the title of this story—Absence would rightfully be called Southern Poetic. This novel with intense resolve excises every trace of trashiness from its postmodern Alabama countryside. These peanut farmers are poor, but they have a quality not usually ascribed to them: dignity. And because they have dignity, when they fall into evil ways the outcome is not merely horrible, but tragic.

When you close this book, you will feel an anxious impulse to confess your sins, lest they fester and warp the lives of everyone connected to you. More surprisingly, you will have learned to associate the peanut plant with the redemption of man. Kaye Park Hinckley returns to country life what we have long since ceased to expect of it: beauty and meaning. At every level her story reaches roots into the deepest origins of this nation. But apart from explaining a few Creek Indian words, she does not afflict her characters with peculiar dialogue or bizarre impulses. Nor does she try to render local speech patterns into idiosyncratic spelling. Her story utterly rejects every facile trope of a throwaway culture. It hones in on the most important thing this country has trashed: human souls.

James Greene is desperate, but he is not vulgar. His fall into evil is the age-old tragedy of man. He does not do evil because he wants evil, but because he wants the good that has been denied him. Like Adam in the Garden of Eden, he reaches for a fruit that is good in itself, and he does it for the sake of the woman he loves. Like Cain, faced with disappointment, he does not turn toward God in sorrow but away from God in anger. And if you are tempted to shrug off these choices as minor ones, Absence will chill you with the stark reminder that human beings are not just bodies, but souls, whose spiritual influence cannot be suppressed, even when the bodies have gone missing. It’s not just that the ends do not justify the means: the evil means will work their poison through every aspect of your life. So beware, reader. When you enter this terrain of red soil, you leave behind every escape devised by an escapist culture. There are only two alternatives–hell on earth, or redemption through suffering.

After the loss of her child, Rachel goes insane but she must pull her mind back together to solve a murder and save her own life.

Mark is happy serving the Party of the Golden Republic, but when he discovers God, he risks losing everything.