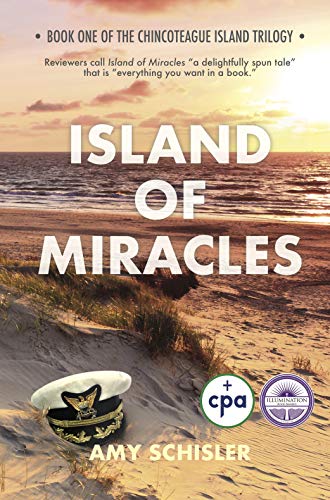 Katherine “Kate” Middleton (not to be mistaken for the Duchess of Cambridge)’s life changes with a single phone call from a woman she has never met. The man she thought was her husband has a whole different life apart from her, including another wife and kids. Her marriage is not even valid.

Longing to escape this false life and start fresh, Kate leases a house on Chincoteague Island, off the coast of Virginia. She takes on a new job writing for the local paper, a step up from selling advertisement space for a Washington D.C. magazine. Kate quickly makes friends within the Chincoteague community. Sparks start flying between her and Aaron Kelly, a member of the Coast Guard.

Unfortunately, Kate quickly discovers that she’s pregnant with her ex-husband’s baby. She never considers abortion as an option, in spite of not being religious. However, she avoids the responsibility of telling her former husband about it until well into the pregnancy.

Motherhood brings on many new responsibilities. Lucky for Kate, the people of Chincoteague Bay as well as her family are ready to help her. Even her brother, who has been on tour with the Army, eventually arrives to help her out. But Kate still has to face the responsibility of telling her former husband and dealing with whatever consequences come from it.

A few interesting subplots revolve around the burdens other characters are carrying. One of Kate’s friends deals with single motherhood and the stigma of being married to a man who ended up murdered. Kate’s brother and Aaron Kelly are both processing major trauma from the time they served in the military. The story has an overall theme of everyone having skeletons in their closets, but being able to overcome their pasts with the help of a supportive community.

I would recommend this novel for fans of Lifetime movie dramas as well as Hallmark Channel’s romantic comedies. Kate starts out not being a religious person, but finds comfort in the local Catholic community. This novel also handles themes of past trauma in a very relatable way.

Aurora and God by G.M.J.

After her boyfriend’s death, can Aurora forgive God?

A cloistered nun confronts her faith when she realizes that the private revelations she has been given might be the product of epilepsy.