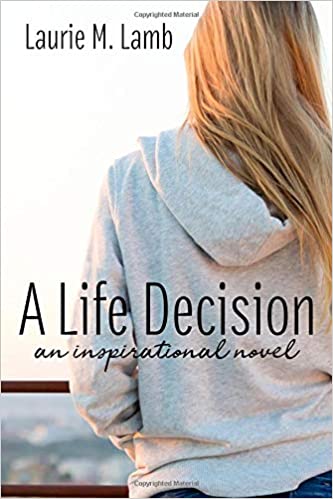 Joe and Peyton, a young married couple living in suburban Pennsylvania, are thrilled when they learn they are having a second child. They already have a four-year-old son, and are looking forward to another baby. But their world is turned upside down when an ultrasound reveals that their unborn child is likely to have Down Syndrome.

Peyton, a devout Catholic, is determined to keep the baby, no matter what challenges his or her disability may bring. But Joe disagrees vehemently. Back when he was a teenager working at his father’s fishing store, he spent a summer babysitting a ten-year-old boy with Down Syndrome. The disabled boy died in a boating accident, for which Joe secretly blames himself. Still traumatized by the accident, and unwilling to face the possibility of taking care of a Down Syndrome child, Joe threatens to leave Peyton if she does not have an abortion.

After making this threat, Joe leaves to spend a few days in his hometown in Virginia, where his father recently passed away. During his time at his parent’s old house, Joe relives the memories of the boating accident and begins to work through his old grief over the disabled boy’s death. Meanwhile, alone at home and terrified by her husband’s threat to leave her permanently, Peyton goes against her conscience and decides to have an abortion. She is so ashamed, however, that when Joe returns home apologizing for his rash words, she lies and tells him that she lost the baby in a miscarriage.

While Peyton carries her secret guilt, Joe is harboring secrets of his own: when he was grieving over his father’s recent death, he had a brief affair with one of his coworkers. Now, Joe intensely regrets his infidelity, and tries to distance himself from his coworker—but she is determined to pursue him, and will not leave him alone. As if that situation were not stressful enough, Joe also finds himself dealing with his emotionally unstable mother, who is distraught over her husband’s death and has succumbed to an alcohol addiction. Peyton, meanwhile, tries to keep up the facade of a happy young wife, while actually sinking deeper into her fear and shame over her abortion.

Laurie Lamb does not shy away from intense themes in this book; none of the characters get an “easy way out.” Both Joe and Peyton make devastating mistakes that have long-term consequences. The story is full of unexpected (and sometimes heart-wrenching) plot twists. I found it to be a realistic portrayal of how secret guilt can drag a person down into despair, and just how difficult it is to break that vicious cycle. Only when the characters admit their sins and tell the truth—both to themselves and to the people around them—are they able to forgive themselves and accept God’s healing grace.

This story is full of family conflict, and occasionally the prose and dialogue came off as a bit melodramatic. There is also a large cast of side characters, some of whom could have been more fully developed. On the whole, though, the author presents a compelling plot and sympathetic characters with some unexpected complexities. The conclusion was bittersweet but satisfying: Peyton and Joe have to live with the consequences of their decisions, but they also find peace in the end. If you enjoy character-driven drama or contemporary inspirational fiction, you will find A Life Decision a gripping read.