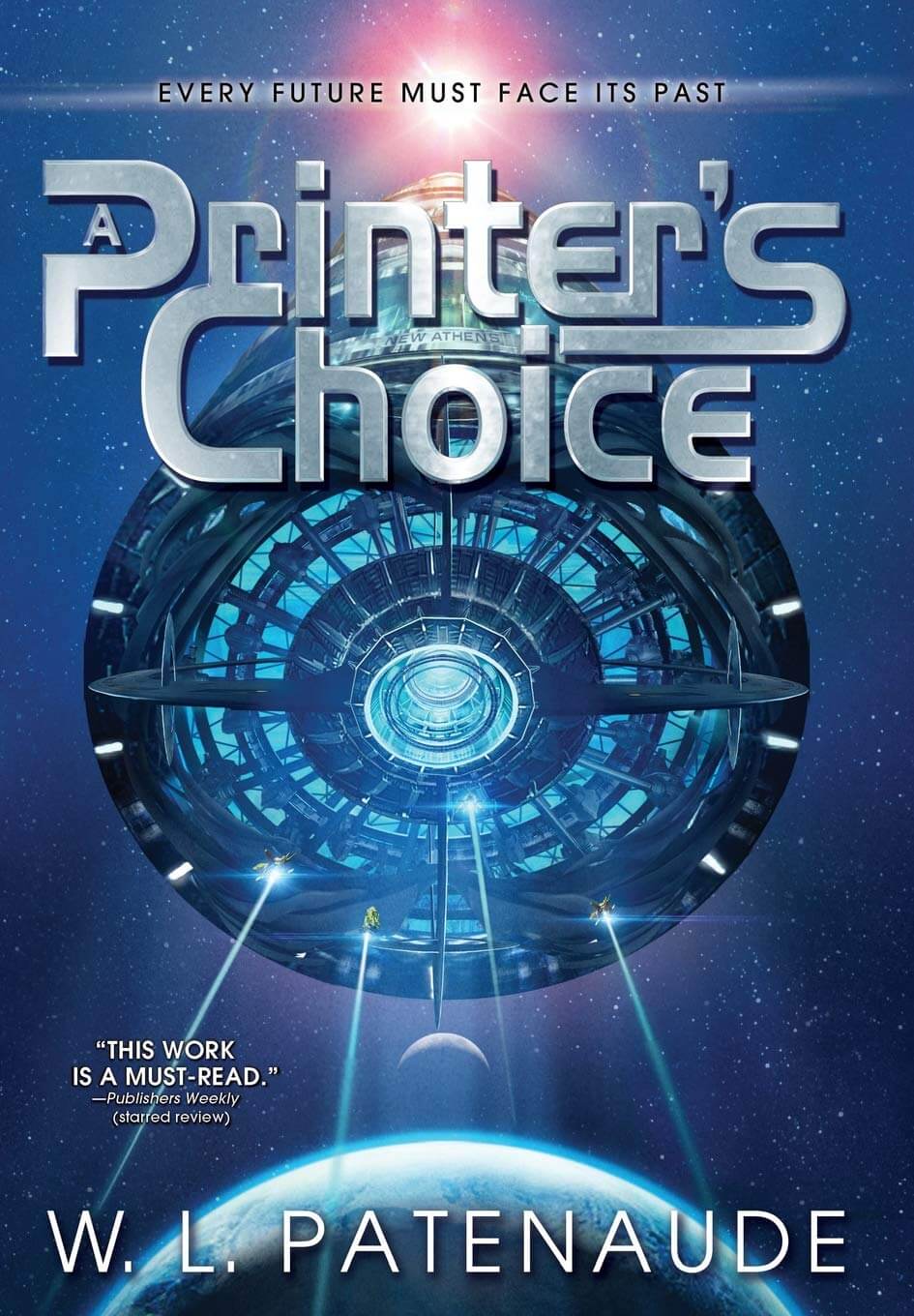 The people of New Athens are done with religion. Fleeing a world ravaged by religious terrorists, the self-proclaimed-utopia of the world’s first space colony requires all citizens to revoke any religious affiliation and practice upon entering. All religious leaders are barred from entry. And yet, when a priest shows up dead in their precinct and his murder seems tied up with both the shackled AI printers who build most of the station and an excommunicated Catholic terrorist on Earth, colony leaders must turn to Fr. McCellan, a man who might understand all three forces at play. Though not an action thriller, this mystery has so many plot twists and revelations that I binge read it in less than a week. Interweaving themes of free will, Thomistic philosophy and artificial intelligence, A Printer’s Choice is both an intellectual and escapist delight.

Even though the government of New Athens dislikes religion, they are not cruel to their visiting investigative priest. They go out of their way to be polite and even build him a chapel to say Mass in during his investigation. Of course, civilian attendance at these Masses is akin to professional suicide, but a few curious people show up. It’s also understandable why so many people are adverse to religion. There is hardly a character present (Fr. McCellan included) whose life has not been touched in some way by the Armies of the Soldados de Salvación.

The “Sals,” as they’re called, were started by Juan Carlos Solorzano, a Mexican Catholic and member of a local cartel group. He quickly rose in the ranks of the cartels and started his own personal crusade, inspired in part by the rampant Islamic terrorists that were boldly attacking countries around the world and in part by his objection to the Pope’s statement on self-defense. The Pope of that time issues a statement about “the moral rights of Christians to defend themselves and to wage just wars if civil authorities did not, followed by firm boundaries on what was meant by defense that such defense cannot include inflicting harm for personal gain or against innocent lives.”

Solorzano wrote back that “for those who wish to survive, who wish his people to survive, there can be no limits to war and power.” Of course, the Pope excommunicates the warlord and all his followers but to outsiders with little understanding of Catholicism or Christianity, that distinction is vague and confusing. Most people of the world only know that where once they were fighting ruthless Islamic terrorists, now they fight the far more ruthless Catholics. Part of what impresses me about the world that Patenaude has built is that every character, regardless of their beliefs or religion, is given relatable motivations and is in some way a good person—excepting members of the Sals whose thirst for survival has twisted them into ruthless enemies. This is a world where atheism and Christianity sometimes collaborate and sometimes clash but neither is demonized or idealized.

For this reason, it makes for an excellent read for anyone. Though a Catholic reader will more readily recognize the philosophies drawn from I see nothing in here that will not also be a delight to Protestant or Secular readers. If you’re looking for a good book to bring some quality ecumenical dialogue, this is an excellent choice for both science fiction and mystery fans.