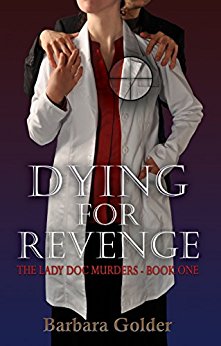 Move over Dr. House, Medical Examiner Jane Wallace has your number! Mystery genre books have two basic goals: to tell an intriguing mystery uncovers not only a crime but also to reveal deeper reality about the story world or a about the sleuth themselves. All too often have I seen a book that accomplishes the first point but forgets about the second, resulting in the most common complaint about the mystery genre, that the characters are too often flat and shallow. These characters are anything but flat. In fact, this is a book that took me on an emotional ride and made me examine my own past grudges and conscience.

Subscribe to Get Our Weekly Newsletter of Books on Sale

Dr. Jane Wallace is anything but a flat character. She moves to Telluride Colorado after her husband’s untimely murder. Nursing a grudge against the world, she’s sharp and, dare I even say, ornery. And I love her for it. She goes to church out of loyalty to her dead husband and even develops an easy friendship with the young priest but she hasn’t partaken of the Eucharist in years. As she explains to her priest, she believes in God but cannot yet honestly ask God to forgive her since she cannot forgive others, most notably her husband’s killer. In many ways I found it refreshing to read a story where the hero was a crabby, yet relatable and fiercely intelligent older woman. And she certainly has more reason for her foibles than the TV detective, Dr. House. She does have compassion in her but given the grisly nature of her job she often has to turn it off while examining the mangled bodies that start cropping up among her neighbors.

Telluride Colorado is a piece of popular real estate among the rich, the famous and the trustafarian– Dr.Wallace’s word for the population of Telleride citizens living off the large inheritances left them by their parents. After a sensational murder, Wallace begins to follow the clues that lead her to discover that a serial killer is taking out the local trust-fund babies, among whom are her own children. This drives her to put her own self at risk in order to stop the murder spree. But the real danger Dr. Wallace faces are her own inner demons.

However, Dying for Revenge does have some flaws. I figured out who the murderer was about two thirds through the book, which did cut out a little of the tension, but admittedly not much. On the other hand, according to other reviews I’ve read not many people figure it out.  There are moments when Dr. Wallace’s self-righteous entitlement become aggravating but those moments remain small and Dr. Wallace eventually learns some humility. But overall, this book did a great job getting me invested in the characters and making me think. I look forward to reading the sequel.

Subscribe to Get Our Weekly Newsletter of Books on Sale