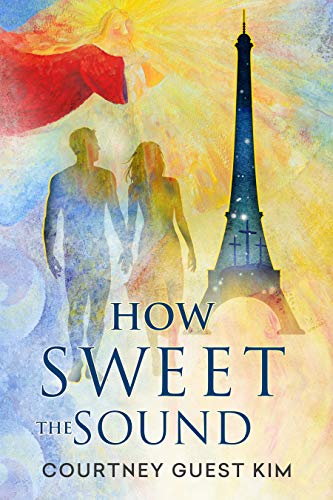 There is a rare genre with a long German name. A “bildungsroman” is a story that is mainly concerned with the maturation and growth of a main character. Of course, there are elements of this in every genre and story ever written, but what defines this genre is that its structure isn’t bound up in surviving one single transition in childhood or in achieving some intense but short term goal, but in the maturation of the whole person.

Jane Eyre is the quintessential bildungsroman, starting at Jane’s childhood and ending as she becomes a mother and wife, fully realized in herself, her faith and her principles. Despite the book being billed as a romance it doesn’t quite fit the normal conventions of that genre. For one thing the leading man doesn’t even show up until almost half way through the book and then disappears again for 99.9% of the last third. For another, what does Jane’s troubled childhood have to do with any of the events between her and Rochester?

How Sweet The Sound is, like Jane Eyre, more accurately a bildungsroman than a romance. While its leading man does show up within the first chapter and does remain a presence until the very end, the romance is not the focus. The young naïve college sophomore Annette Freeland is the focus. Annette is also no Jane Eyre, sticking to her principles despite the dangers of the wild Scottish Highlands. Annette isn’t even quite sure what her principles are. She has a firm faith in God given by her devout Evangelical Protestant upbringing, but as she says in the first lines of the book, “Back at home in Houston, some people had hinted that if I went off to a secular university like Stanford, I might lose my faith. I didn’t want to lose my faith, but I did kind of want to think about it.”

When she gains the unexpected but welcome attention of the cute older French guy in her Kant to Kierkegaard class, she slowly starts to make all the wrong decisions that a good Christian girl shouldn’t make. And yet as her life spins further and further out of control, she finds herself growing as a person. It’s a bit like a Christian version of the movie Juno. Annette makes all the wrong decisions, but eventually learns from her mistakes and with the grace of God, finds her way to a better life. Grace is a constant theme through the story as Annette’s sins lead her to appreciate more deeply how much she needs saving.

“I was a sinner now, no doubt about it anymore…I thought about that lost sheep that had wandered away into the wilderness and I felt more sympathy for it than I had ever felt before…I felt sorry for that hardworking shepherd going to all that extra trouble for one crazed sheep.”

The deep spiritual introspection and absolutely gorgeous prose makes this book an excellent read for an upper level high-school or college literature class. However, the steamy, though firmly un-condoned, sex scenes doesn’t make it the safest book to keep around younger children. And if, as an adult reader, you want a strictly clean read I cannot recommend this book to you.

Though she makes all the wrong decisions grace does work its way into Annette—at the lowest possible moment, she starts to realize what a mess she is and begins to set healthy boundaries with her parents, with her lover and with her own expectations of herself.

If you’re not one given to reading romance, you’ll still find this book riveting and thought-provoking, but you might find that first half as frustrating as those moments in horror movies where the group innocently decides to split up to search the haunted house. Annette in particular makes the usual romance heroine mistakes of letting everyone make decisions for her, and her leading man crosses her boundaries because “he knows what’s best for her,” but Kim doesn’t let either of them get away with these behaviors and the payoff in the maturation of their relationship more than makes up for it. Once I got to the midway point, I couldn’t put the book down and finished it within two days.

If you’ve read any of Courtney Guest Kim’s blogs, you’ll already know her to be a voice of rare self-effacing wisdom and her debut novel is no disappointment.