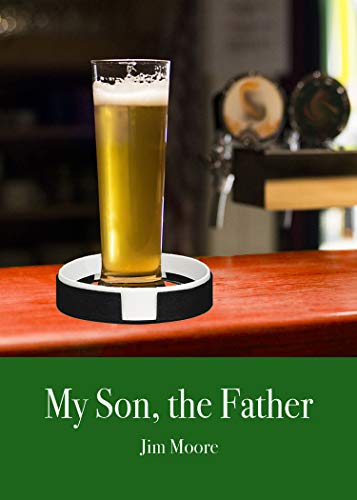 My Son, The Father is a series of short stories about the life of Fr. Sean Connally before he becomes an archbishop. The six short stories show the various ways that the vocation of priesthood affects the life of a community. Fr. Sean Connally is known by a large number of people in his community. Sean’s father Joe currently runs Connally’s Tavern, a business that’s been part of the family for generations and services most of the parishioners of St. John the Evangelist.

At the beginning of the book, Fr. Connally becomes pastor of his childhood parish, St. John the Evangelist, after the death of his mentor Monsignor Francis Ryan. St. John the Evangelist and Connally’s Tavern are located in an urban neighborhood in New Jersey, a few miles from New York City.  In the first story, it’s established that Fr. Connally was already famous or infamous, depending on who you ask, because he became an active member of the pro-life community. He was speaking at conferences and protesting abortion nationwide.

Subscribe to Get Weekly Catholic Fiction 50% off to FREE

Even though Fr. Connally is very committed in his vocation, he still has memories of his love for his high school girlfriend, Peggy. The two of them have remained friends after Fr. Connally’s ordination. During the first story Fr. Connally stops Peggy from attempting a medical abortion. Peggy, a widow who had casual affairs, was afraid of having a baby in her late 30s. Eventually, she gets married to a fireman and keeps the baby.

Fr. Connally’s dad, Joe, is an interesting character. Even though Fr. Connally is an adult, his father is still very protective of him. Joe’s worries are understandable, as Fr. Connally has dealt with his share of anger from pro-choice folks, police, and anyone who has something bad to say about the Catholic Church. Joe Connally isn’t the example of a perfect, faithful Catholic, but the fact that he tries hard to do the right thing speaks to his good character.

Subscribe to Get Weekly Catholic Fiction 50% off to FREE

I recommend this book for people who want to understand the pro-life community and the vocation of priesthood beyond the click-bait news stories. The content is good for teenagers and adult readers. Moore’s writing style creates a very inviting story that makes you feel like you’re at the tavern, listening to Fr. Connally’s dad and friends celebrating the local boy that made good.