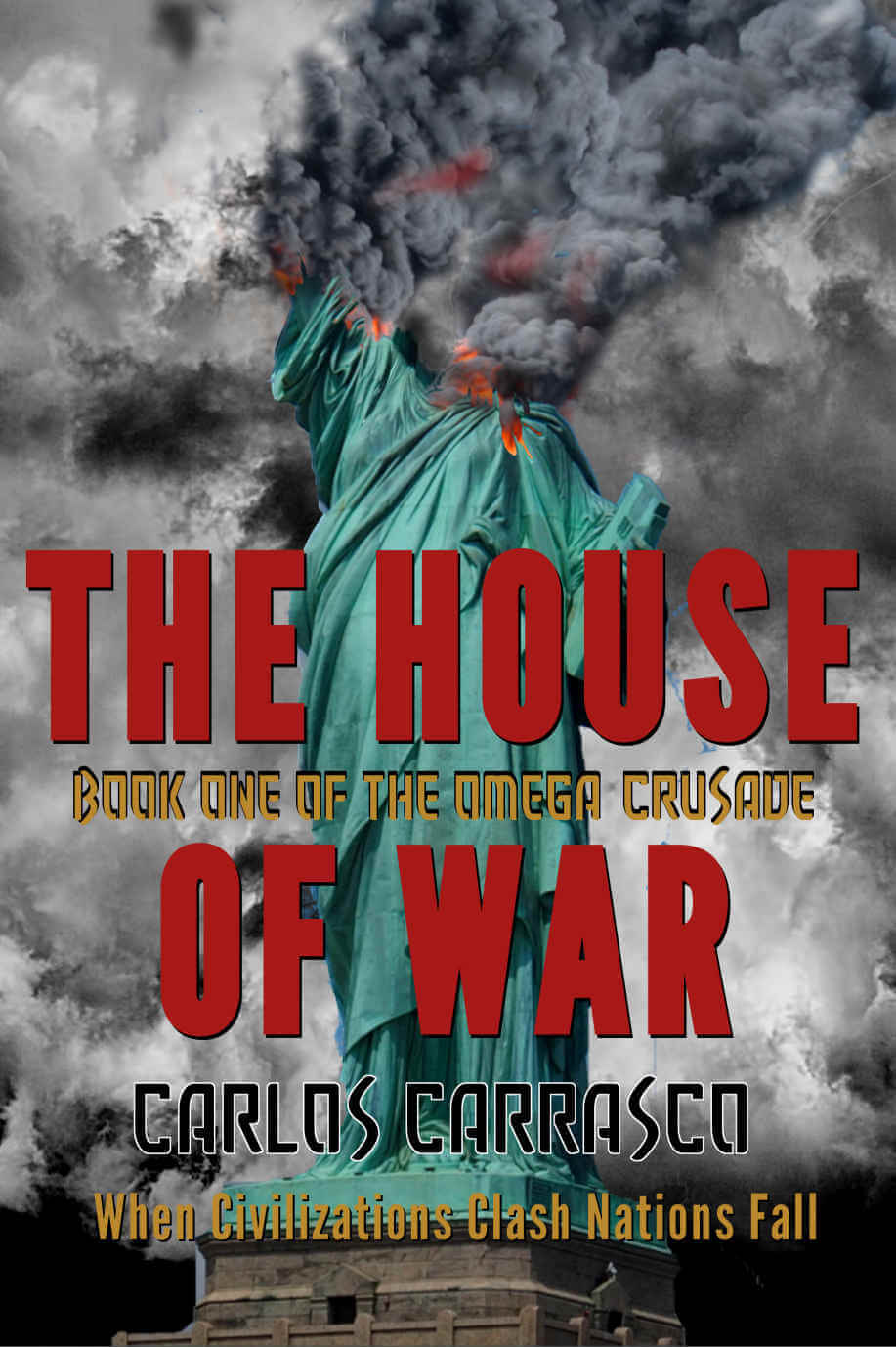 House of War by Carlos Carrasco is the most refreshing dystopian novel I’ve had the opportunity to read in a long while. It takes place in the near future, a future in which the United States has suffered a successful military coup. What makes this story different from the beginning is the fact that the coup is a religious one led by Catholics. Unfortunately, the seeds of the dystopia to come manifest in the coup’s first hours.

I grant that might seem strange at first glance, but the author does an excellent job of setting the stage. Using the mechanism of Joe Corelli, former NSA analyst and current fugitive, telling the story of how the coup came to pass. We learn that this world has an alternate history. Different, but plausible. It’s a history filled with Marxist riots, terror attacks against world leaders, and a government determined to wipe the last vestiges of Christianity from the public square. In fact, the coup takes place on Christmas Eve, set to be the last publicly celebrated Christmas Eve in the country.

With the stage set, the author describes in detail how the coup takes place, showing the years of intricate planning that went into it, planning that allowed the secularist administration to be deposed without the loss of a single life.

However, the nascent Christian Republic isn’t necessarily the glowing utopia it hopes to be. At the book’s beginning, Corelli, for instance, isn’t on the run from ordinary government agents. He’s on the run from agents of the Department of Homeland Inquisition. There is an even greater reason for concern revealed in a conversation between three of the coup’s soldiers and Annie Cooper, a lesbian, militant anti-Christian, and member of the deposed administration. During the conversation it is said that there are many new therapies that have been developed that will help get her to the right way of thinking. This is never elaborated upon, but this and other conversations leave the strong impression that this new Inquisition will be setting up re-education camps.

Carrasco especially excels getting the reader inside the heads of vastly different characters. The coup’s leaders and foot soldiers are generally portrayed as heroes, but they are far from perfect. For example, he three soldiers mentioned earlier clearly take a less than Christian joy in upsetting Ms. Cooper. Opponents such as Ms. Cooper are not portrayed as total villains either, as shown by a detailed back story that shows how she came to have her militant views. Each perspective, secularist, agnostic, and Catholic each have a sympathetic and multi-dimensional representative.

The only criticisms I can make of the book are that the author is overly ambitious in trying to show every aspect of the coup. This leads to a variety of characters that can be difficult to keep track of and a few threads that are left dangling by the end of the book. However, many of those threads seem to be left dangling on purpose to be resolved in a sequel, a sequel that I will personally be looking very much forward to.

If you are looking for an entertaining and thought provoking read that goes beyond standard tropes of the dystopian genre I can strongly recommend House of War. The author does an excellent job of portraying characters as multi-dimensional regardless of their beliefs and how even a unified Catholic government full of people with good intentions responding against a real enemy is going to less than perfect.