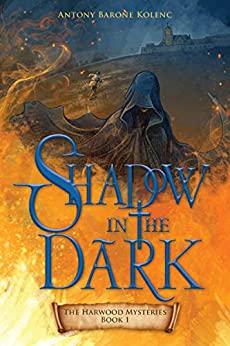 A young boy struggles to remember who he is after a near-fatal head injury while adjusting to his new life in a Catholic monastery in 12th century England. Unable to remember even his name, he is dubbed Xan, short of Alexander. Along the way he stumbles across a mystery that may reveal the deeper reasons for his parent’s deaths and uncover the true character of the adults who have taken him in.

At first the mystery seemed simple and obvious but I was surprised by the ending and quickly found myself immersed in Xan’s emotional journey. Found injured in the woods near the monestary, he doesn’t even remember where he is from. Though he cannot remember his parents he feels deeply that they must love him and be worried about him. The monks know that a nearby town was attacked by bandits and surmise that perhaps he was injured in the attack on the village. One of them offers to help him visit the survivors to see if anyone will recognize him, but what will he do if he can’t find his parents? Will he be another of the orphans growing up in the monestary? He can tell by the callouses on his hands that he was a peasant, but who is he now? The monks offer to teach him to read and he could, of course, become a monk himself one day but such a life seems so strange and alien to him. All of this is enough to overwhelm anyone. Even worse the other orphan boys have been seeing a hooded figure stalking the grounds at night, and it seems that every night they see it they wake the next morning to hear that someone has mysteriously died. At first Xan thinks this is just a lie the older boys are telling in order to scare the younger, but if it’s true it could mean that even this place isn’t safe.

What stays with me from this book are little moments, like when Xan wakes in the night dreaming that his mother is touching his hand, after days of trying to remember even his own real name, or Xan’s deep compassion that drives him to stand up to a bully who is telling stories to give the younger orphans nightmares. It is rare that a book appropriate for such young readers manages to beguile adult readers as well, but that is what impressed me most about this book. Kolenc’s prose is so effortless, and he balances character motivations and tensions where even a slightly lesser author would have fumbled them.

Another thing that stood out to me as an adult reader, was the specter of the English King. Set in the 12th century, Xan and his friends are unlikely to see the purge of Catholic monasteries in their lifetime but Kolenc’s book still transports me to a part of English history so often forgotten. I can only see good coming of exposing young readers to it.

For the young reader in question I think this is a book they will quickly be tempted to binge read under the covers at night. Even though I initially found the plot simple, I was in fact well taken in by Kolenc’s red herrings that played on my jaded adult point of view. Ironically, the lack of such jadedness is exactly what makes Xan an excellent amateur sleuth. Though a younger reader may not be conscious of the lesson, there is much in here about the value of innocence. There is also a useful preface that explains to the young reader a bit about how to read the historical fiction genre. It also includes some discussion questions to ask before during and after reading the book so if teachers or parents want to work this into a curriculum they’ll find most of the work done for them. At the end of the book, there is a glossary of terms and a section explaining more about the historical setting.

Catholic readers will find Shadow in the Dark especially edifying because of its setting in oft-forgotten Catholic England, but the book is far from didactic or preachy. Any secular reader would probably not even question seeing Kolenc’s book on a non-Christian bookshelf because the themes and values in it are so universal. This book will go over especially well with readers ages seven to fourteen but older readers will find something in it for themselves as well. If you are in the mood for an immersive book that lets you escape the world you would not regret reading Shadow in the Dark.

Voyage Comics’ dynamic interpretation of the Life of Joan of Arc is based on the play written by St. Thérèse of Lisieux.
Read More