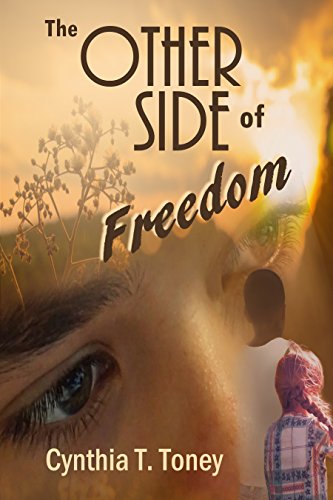 Salvatore “Sal” Scaviano is an ordinary thirteen-year-old Italian-American boy living in Freedom, Louisiana in 1925. His life changes forever when he becomes a witness to a violent crime. Sal, along with his dad and his uncle, is forced by the local crime gang to assist them in a robbery that leads to the local grocer being murdered. Under the threat of death, no one in Sal’s family reports what they know to the police. Instead, Sal teams up with his best friend Antonina to find the gang of robbers on their own. After gathering information, Sal visits the police station to talk about what he’s seen, but he backs out when he spots his father’s hammer as part of police evidence.

Things take a turn for the worse when the gang threatens Sal’s family and Antonina gets caught in the mix. Sal talks to the police about everything he saw, but it only leads to his father getting arrested and his uncle going on the run. Eventually, his entire family becomes a pariah in the town, with only Antonina still being nice to Sal. With her help, Sal continues investigating the crime, uncovering information about one of the local police officers who might be a dirty cop, involved in bootlegging, turning a blind eye towards the robbery, and framing Sal’s father.

On the surface, Sal does not come off as an active protagonist. The story centers more around what happens to him more than the things he does. What I like about this novel, though, is that these events force Sal to think about his perspectives on the world. He’s lost his childlike innocence, but he’s learning to think for himself and form opinions on the law, on how people treat him and his family, and on how he should feel about the gang who turned his life into a living hell. Sal learns how important it is to be honest and that doing the right thing isn’t always as black and white as they appear.

This novel is great for fans of crime drama and fans of To Kill A Mockingbird. Much like Harper Lee’s famous novel, this story will resonate with young teenagers who are being introduced to a dangerous world. The Catholic themes aren’t overt. Instead, the story reflects Catholic themes in a natural way, emphasizing honesty, family, and integrity.