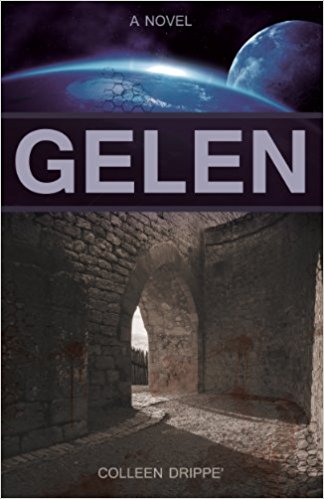 Fr. Anselmo Ruiz has no idea what is in store for him when he embarks on his mission among the moon-worshiping Dryaks. After thousands of years of isolation, the culture of Fen has no memory of Christianity or anything to do with Earth. Now they laud ritual suicide and the sacrifice of children. At the heart of their pagan culture is the Citadel, an ancient castle haunted by the generations of warlocks and witches who walked and died in its halls. These warlocks, called Gelens, are the bearers of a strange empathic power caused by a mutation in the severely inbred citizens. Though powerful and respected they are also considered as unclean scapegoats; humans who were offered up in sacrifice to the moon god when they were only children. They are treated as tools of their civilization, bearing the guilt of their world. They are not allowed to marry, inherit, or even be acknowledged by their kin.

Despite all the strangeness at first, Fr. Ruiz’s mission promises to be a peaceful one. He spends his days overseeing the building of his frontier church and chaffing under the protection of his humorless bodyguard, Kril Anthony Third-Blade, until he makes the worst mistake a Star Brother can make on the planet of Fen.

He converts and baptizes a Gelen.

Gelen is a haunting story of a relativistic civilization confronted with the alien and frightening concept that good and evil exist, and God loves every man, even Gelens. Throw into the mix the complications of conversion in a society with a semi-hive mind, and you have an incredibly fascinating story along the lines of Gene Wolfe, with a subtle Lovecraftian atmosphere. It will appeal to classic science fiction and fantasy fans alike.

What I especially love about this story is the realism of Drippe’s world and the pagan culture. It is rare to come across a book that understands both the churched and un-churched mind so instinctively. It is even more rare to find a story that displays both worlds with such a depth of empathy. This isn’t a Christians are good & Pagans are bad type of story. Every single character is their own person. Merely by reading it, I felt I was learning how to love my un-churched neighbor even more, and gaining valuable insight into how to communicate my faith for my non-christian friends—all this from a fiction book!

Another interesting thing in this book is how many reversals it has in its themes. It was fascinating to read about a world where the wizards are outcasts rather than superhuman lords. Normally that sort of reversal would seem unrealistic to me, but Drippe understands the power of a culture to impose prejudice even within the hearts of its victims. Gelens are so ostracized from such a young age and the scapegoating of them so entrenched in their world, that even if it did occur to them to use their powers for their own gain, they would not be all that successful. By reading the fictional world of Gelen, I felt I gained a greater insight into the effects of internalized prejudice and segregation in our own modern history—and all this with mostly blue-eyed characters!

And yet, even race is given a unique reversal. There is one passage of the book where Fr. Ruiz talks about how ugly and inbred the Drayak faces look to him. Through his point of view the Drayak faces sounded very strange, and alien, but about half way through the description, I realized that the Dryaks bear an uncommon similarity to Northern European faces! Suddenly the familiar in my world became strange and alien to me in the world of the book. The “civilized” colonizers of Fen, in contrast, have facial features that are a mix traditionally associated with various brown races.

However, the prose itself is very difficult and dense at times. This is definitely not a book for the beginning reader. The emphasis is on the world, the ideas and the atmosphere. In a society where a lot of the communication happens near-telepathically, it can sometimes get very confusing, but the tension and plot never let up.

This is a great book for Catholics and non-Catholics alike. It is also a great tool for starting a conversation with Atheist, Pagan, and Wiccan friends. All characters in this book are displayed with respect and empathy, regardless of whether they convert to Christianity or not. But lest you think that this means it’s a zeitgeist-ian world- think again. At times the literal shadow of the cross appears to save the heroes. And yet it remains one of those rare gems that perfectly encapsulates multiple worldviews and celebrates the natural human dignity of each character.