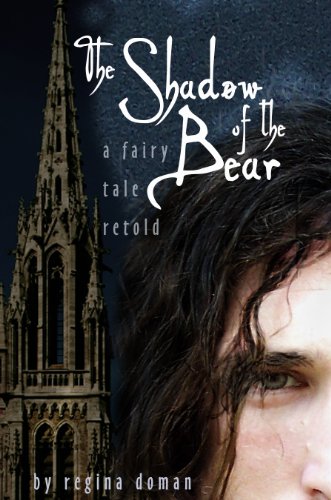 Shadow of the Bear is the beginning of a series of modern day fairy tales. This first installment is based on the fairy tale “Snow White and Rose Red.” This novel tells an intriguing story that will enchant readers with the sweet, genuine romance and then take readers on a thrill ride through the Gothic version of modern-day New York City.

Bear, a man with a mysterious past, befriends Blanche and Rose Brier, two ladies of virtue. Blanche slowly starts to falls in love with Bear, even amongst the disapproval of others. When the mysterious past comes to light, the girls are suddenly pulled into a world of suspense and horror as their friend is tied to an alleged drug bust and end up solving the mystery of the death of the pastor of an abandoned church.

The protagonists in this novel are Bronte-esque heroines, with a bit of Austen flair thrown in. The leading ladies are both beautiful young women who are seen as odd (at best) and who are mistreated by their peers. The leading men are mysterious and seemingly untrustworthy until the bonds of friendship and love reveal their true worth.

Blanche is the modern day Snow White while Rose is essentially Red Riding Hood. The sisterly relationship between these two reminds me of Sense and Sensibility, with Blanche being the sensible, skeptical sister and Rose being the outgoing, adventurous sister. Much like Marianne Dashwood, Rose is initially interested in a guy from school who turned out to have malicious intent in regards to her virtue. She learns through a narrow escape that just because a guy is nice to you doesn’t necessarily mean that he is a good man.

In contrast, Blanche initially doesn’t trust Bear when he comes in from the cold and develops a friendship with her and her family, but she slowly comes around and starts hoping for the best from him, in spite of his mysterious circumstances. This is especially put to the test in the second half of the novel when the mystery behind Bear is revealed in the midst of a kidnapping and attempted murder.

One downside to the novel is that Mr. Fleek, the principal’s brother, was too one-dimensional a villain; the stereotypical nihilist atheist. Blanche and Rose’s peers in school were also flat characters, with all of them picking on Blanche and acting nice to Rose only to try and corrupt her. I understand that teenagers are petty and that teenage boys are especially rude, but it would’ve been interesting to see a little depth to all of them. Despite his drawbacks though Principal Fleek is a good antagonist without becoming too over-the-top.

The romantic subplot with Bear and Blanche needed more development. While I understand that it’s typical of Gothic Romances to put more emphasis on how characters feel without explaining how these feelings developed, the moment that Blanche realizes her feelings for Bear felt abrupt. She loves Bear, but she still hasn’t solved the mystery of his past and doesn’t really know who he is outside of the conversations they’ve had and the experiences they shared. The romance is grounded on a developing friendship, but she spent most of that friendship questioning his integrity.

This book would appeal to fans of Gothic literature as well as fans of ABC’s Once Upon a Time. Shadow of the Bear‘s story is a great modern day romance that also takes the reader on an adventure filled with suspense and mystery up until the very end.