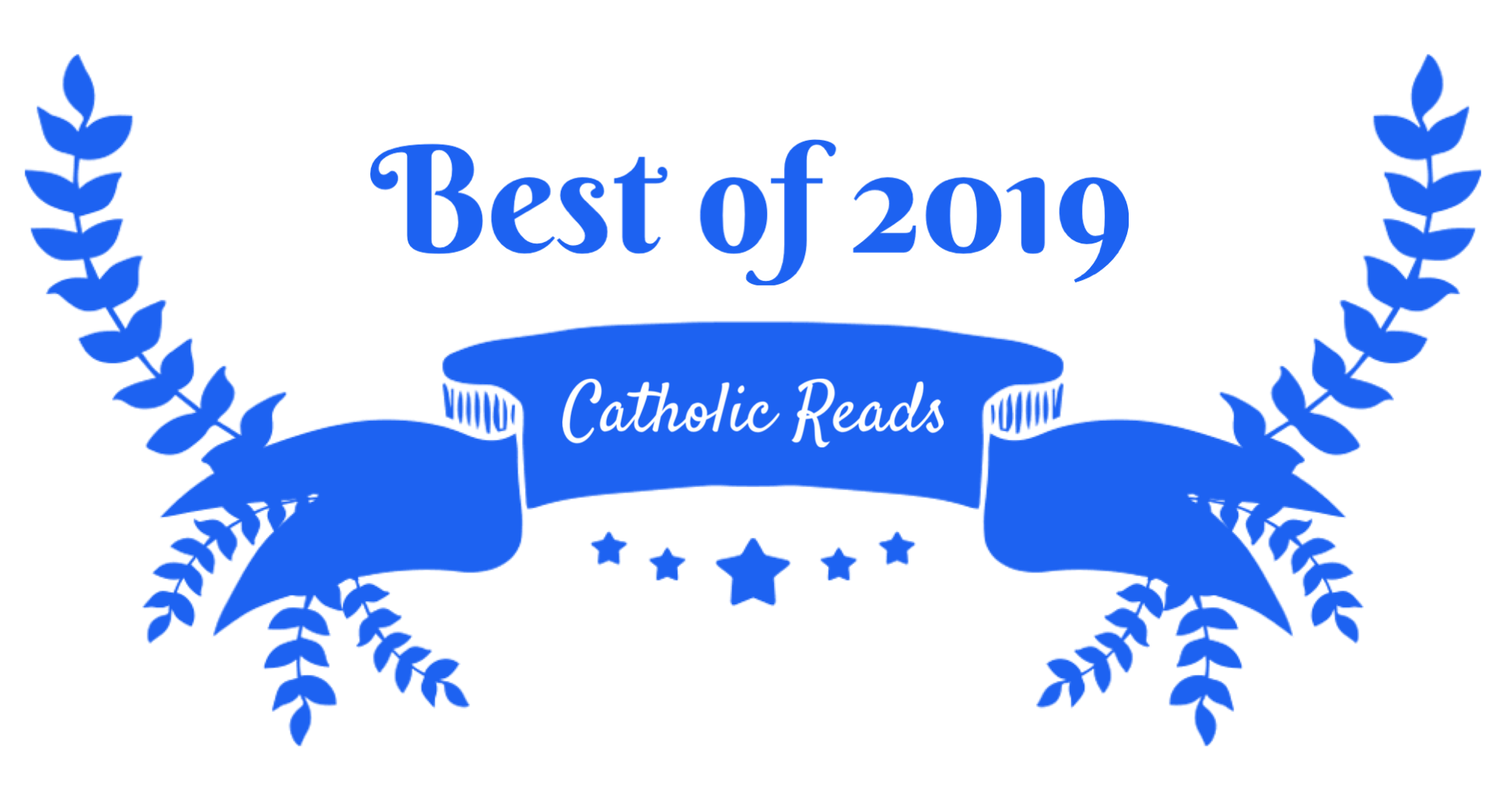 Every year we look through the books we have read, and pick out our best finds. If you haven’t gotten a chance to check these out or don’t know what to read next these adventures are sure to grow your faith and your imagination.

St. Michael Above the 38th Parallel by Shanti Guy

Thank the Lord! We finally have a St. Michael Superhero comic book series! This first book tells the story of when St. Michael appeared to a devout soldier fighting in the Korean war and literally kicked some Communist butt! If you don’t have a subscription for your home/school or library I heartily encourage you to change that. I cannot imagine my childhood nerd-self walking by this comic on the shelf without picking it up.

The King of Shattered Glass by Susan Joy Bellavance

There can be no doubt that Bellavance’s well written, poetic story is an allegory illustrating the mercy given to us by God when we humbly confess our sins and make amends. It is the perfect book for all parents and teachers of second-grade students preparing for First Reconciliation and First Communion. The blessings of these Sacraments are revealed through the courage of Marguerite who is the only person honest enough to admit her mistake. King of the Shattered Glass is a classic literary fairy tale.

After a year of covering our “Where to Begin With” Catholic Classics series this book was our ultimate favorite of an already impressive list.

The Nine Tailors by Dorothy Sayers

All of the Lord Peter Wimsey books are good, but The Nine Tailors is something more.  On one level, this story is a perfectly crafted brain-teaser, weaving a murder and its detection through the intricacies of campanology (the art of ringing church bells).  But at another level it touches on deeper mysteries: faith, and how we hold onto it in the face of overwhelming odds.

The Lion’s Heart is billed as a love story of a different kind. It is certainly that. The main character is Paul Meyer, a fallen away Catholic and a practicing homosexual. Hunt has truly accomplished something with this book. While there were many times I was concerned I wouldn’t be able to accept it, I am glad I stuck with it. In allowing her characters to tell the story, Hunt has told a story of immense depth, honest, and truth. There are no preening lectures, no stereotypes, just broken people living broken lives. Yet, the truth of the Gospel shines through in the end, in much the same as it does in Brideshead Revisited. Not that there no consequences. There are consequences, even tragic ones but in the end, the reader is left knowing where the truth lies, where it always has been.

It’s stand-alone prequel, A Distant Prospect, won our Best of 2017 award so there was little doubt that Young’s followup would be something to watch. But she has certainly raised the bar with in this WWII epic to rival the Sound of Music. If you haven’t read the prequel don’t fret. Though both books cover the adventures of two childhood friends they can each be read as stand alone books.

Jennifer the Damned by Karen Ullo

Unlike other vampire novels, Jennifer the Damned treats death with the gravitas and consequences it deserves. Jennifer doesn’t revel in killing people, but fresh human blood is the only thing that can sustain her. No “vegetarian” vampires here! The story doesn’t hold back from how Catholic it is, either.

A Catholic take on feminism, going beyond the political talking points and approaching women on a personal level. Through this book, Swinarski breaks away from the headlines and redefines feminism in a positive light, using her life experience and examples of awesome female saints as a guide. Many people think that Feminism and Catholicism would never intersect. And yet, in the center, we find Claire Swinarski, looking at Feminism in a new light.

Identifying your gifts isn’t just a useful thing for your resume. It’s also a invaluable tool for spiritual discernment. According to Burgis and Miller, this helps us find out who we really are as individuals, unique and unrepeatable as created by God. It’s also a critical step in vocational discernment as it reveals, in most situations, a pattern of behavior and choices helpful in discovering God’s basic intention for our lives.I recommend this book especially if you are a spiritual director or mentor for young people; there is much to gain in practical applications. The worldview is definitely Christian, but anyone confused or searching for life’s meaning or purpose can find hope in the related stories.

The Lance and the Veil by Kevin Rush

Rush weaves history with Scripture, church tradition, and legends to relate the story of Veronica and Longinus who are both known in the Catholic Church as saints. In his version of events the woman who wiped Jesus face as he walked to his crucifixion and the soldier who pierced Jesus’ side with a spear meet and over the course of events in the Bible, fall in love. But the roman empire is a dangerous place, even before Veronica begins to follow the strange prophet from Nazareth.

In the space-operatic world of Emun, God speaks directly to the minds of men within his temple, and angels give judgement at court hearings. It’s an imaginative world of ancient Sumerian culture, and beautiful solarpunk technology. It also has that Star Wars like quality that makes it likely to appeal to Y.A. and adult sci-fi fans alike.

Book One, Somewhither, won our Best of 2018 award and Wright’s sequel does not disappoint. Nowhither picks up with Ilya and his friends escaping into the reality of the wonderfully named Penny Dreadful, an actual siren Ilya has been infatuated with for years. Unfortunately, they escaped into a chamber filled with water at the bottom of an ocean. Wright’s work is always highly entertaining, full of strange, imaginative and fully realized worlds and characters. While Catholics will certainly get the most out of the book, Christians of all kinds will appreciate not just the high adventure but the important role that prayer plays throughout the story as Ilya overcomes injury and temptation at various points throughout.

Detective Tommy Nolan is a saint in the making. Saints typically don’t have it easy in this world. For most people, being a homicide detective in New York City would be more than enough. For Detective Nolan, things are about to get much worse than that. Those familiar with Finn’s Love at First Bite series will definitely appreciate the author’s emphasis on action, his bold portrayal of in the trenches Catholicism, and hints of a much larger plot at work, hooking the reader into the next installment.

A Life Such as Heaven Intended by Amanda Lauer

Brigid McGinnis is a normal Southern girl in Dallas, Georgia. She manages the household while her father works in Confederate President Jefferson Davis’s cabinet. One day, an injured Confederate soldier, Dominic is found on her estate, with no memory. The drama of the Confederate South, along with the budding romance between Brigid and Dominic, create something worthy of an HBO mini-series.