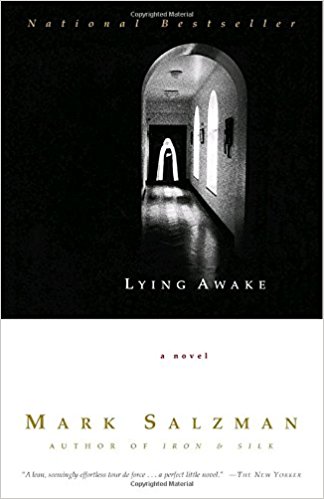 Sister John of the Cross is a cloistered nun in a Carmelite monastery just outside of Los Angeles. Her life is quiet and unremarkable except for one thing; she frequently experiences transcendental revelations in the manner of the Ecstasy of St. Theresa. The experiences she’s been having for the past two years inspires her to write poetry of such beauty that the money produced by it helps support her little convent. Sister John does not know why she has been gifted with such revelations of God’s love but she does her best to remain humble and live her vocation as well as she can.

Despite these miracles, life is simple, until, during one of her ecstasies, she blacks out and wakes up in the hospital. The doctors inform her that she has a brain tumor, implying that the revelations she’s experienced for two years may be nothing more than epileptic hallucinations. Devastated to think that perhaps God really hasn’t been reaching out to her, she attempts to grapple with this test of faith. If she has the surgery and the visions end, what would that mean for her and for the convent that has come to benefit from the poetry those visions produce? In her visions, she feels surrounded by God’s love. The experience is so powerful and lovely she wonders if it is even worth having the surgery if it means losing that connection. But what choice does she have when her superior clearly expects her to go through with it?

A cloistered nun confronts her faith when she realizes that the private revelations she has been given might be the product of epilepsy.

As Sister John grapples with these questions, she spends her days helping a young novice adjust to life in the convent. She finds herself jealous of the young novice, who clearly has a loving family and is leaving a rather successful career. This leads her to confront her own lonely history, a history where her mother abandoned her, where she has almost always been alone – cloistered even outside the walls of the convent. In order to discover the answers she seeks she will have to confront the darkest parts of her soul and the people hardest to forgive.

This is not a story of repressed nun gone wild. This is a beautifully written story of a woman who grapples with a real crisis of faith and identity, and who, through that faith, comes out triumphant. The prose is beautiful, haunting and will leave you thinking about it much longer than it will take you to read through its short pages.