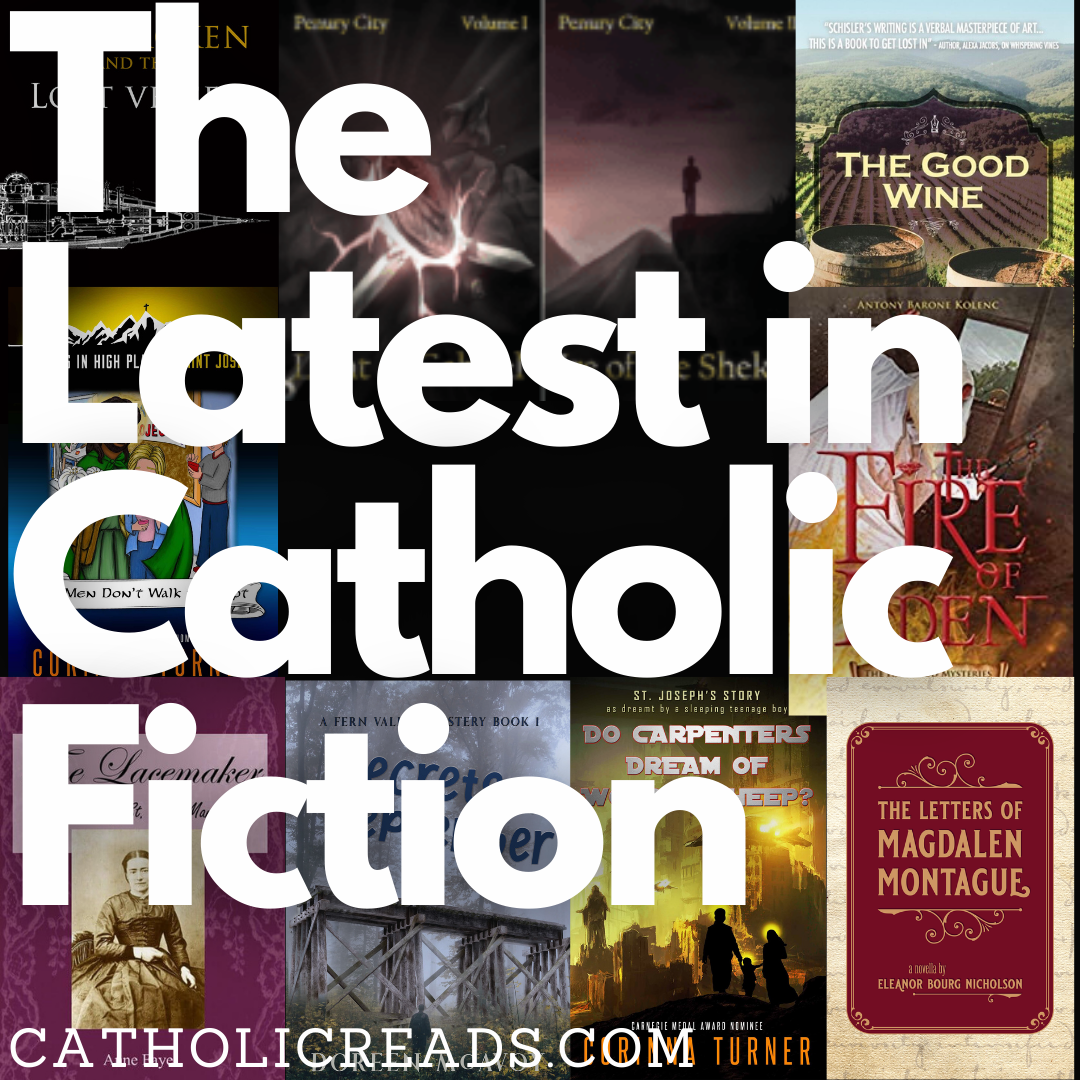 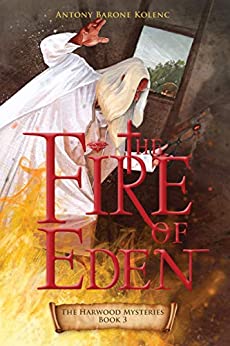 The Fire of Eden by Antony Kolenc

Xan and John are orphans at Harwood Abbey. They are also enemies, but now John, blinded by an accident, struggles with bitterness. In his latest adventure, Xan of Harwood Abbey joins forces with this most unlikely of allies to uncover the mystery of the loss of the Fire of Eden, a priceless ruby coveted by many . . .Who took the ruby—a dishonest monk, a traitorous member of Her Lady’s guard, or the frightening magician who dwells in the woods? Will Xan and John permanently mend their ways? Or will the quest for the ruby destroy any hopes of lasting friendship?

Book 3 in the Harwood Mystery Series 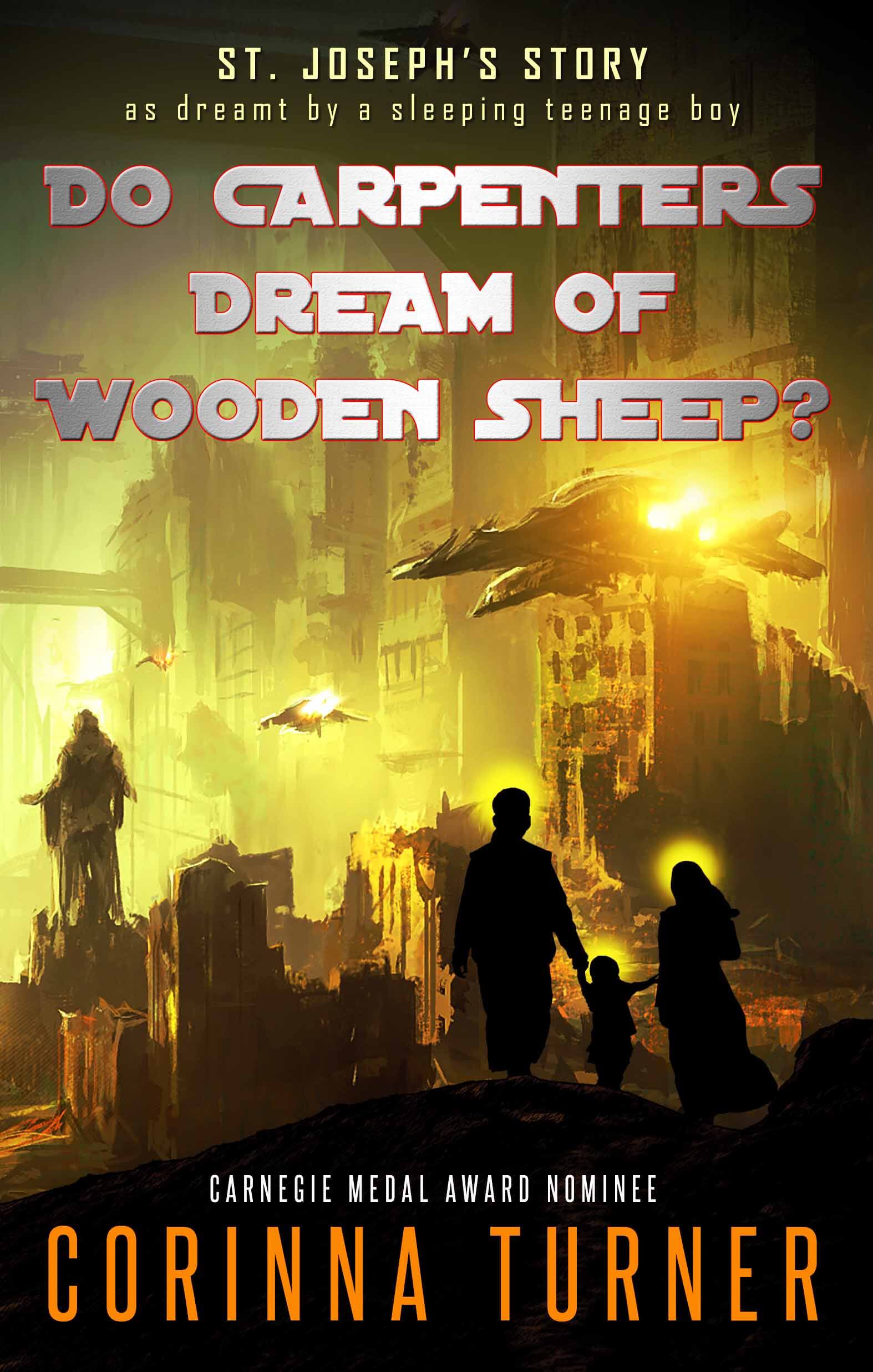 THE STORY OF ST. JOSEPH—WITH A SCI-FI TWIST!

Razim’s staying overnight to help his friend Daniel, who’s sick with leukaemia, but he’s forgotten his phone! Lying awake after watching Bladerunner, Razim reads the only story he can find—about Joseph and Mary—only to fall asleep and find himself in futuristic Merillia.

In Merillia, his name is Cleopas, and his big brother, Jo, is considering an arranged marriage to a girl called Miryam. Soon, events are in motion that will change their lives—and the world—forever.

For anyone who feels over-familiar with the Holy Family’s story after Christmas after Christmas of nativity plays, this imaginative re-telling thoroughly blows the dust off.

A standalone spin-off from Corinna Turner’s ‘Friends in High Places’ series, it can be read on its own or in between books 1 and 2. 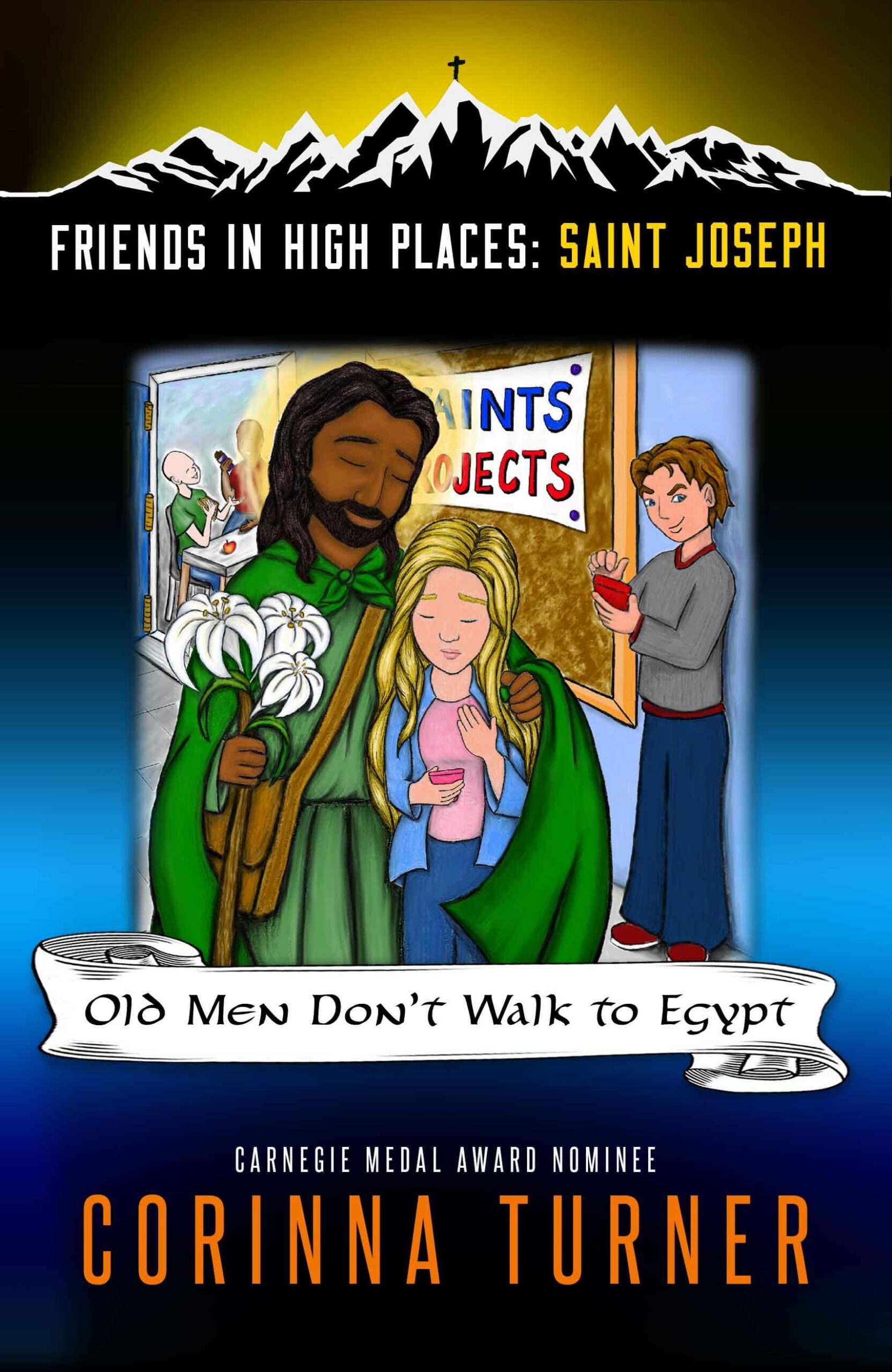 FRIENDS, POPULARITY, BOYFRIEND, CHECK.
HAPPINESS…?
Katie has everything she thinks she wants—friends, popularity, and a gorgeous athletic older boyfriend. But the more time she spends with Shaun, the more miserable she feels.
When freaky Daniel suggests Saint Joseph for her research project, her supposedly perfect life spirals out of control. Will the carpenter from Nazareth destroy everything she thinks matters—or give her even the things she didn’t know she wanted?
Old Men Don’t Walk to Egypt is the second book in the Friends in High Places series, but can be read on its own.

Friends in High Places is a short fiction series that presents saints’ biographies in the context of imaginary teenagers’ lives. The stories are written primarily to entertain, with inspiration and education thrown in for free! The series is Parental Guidance since it contains some mature themes. 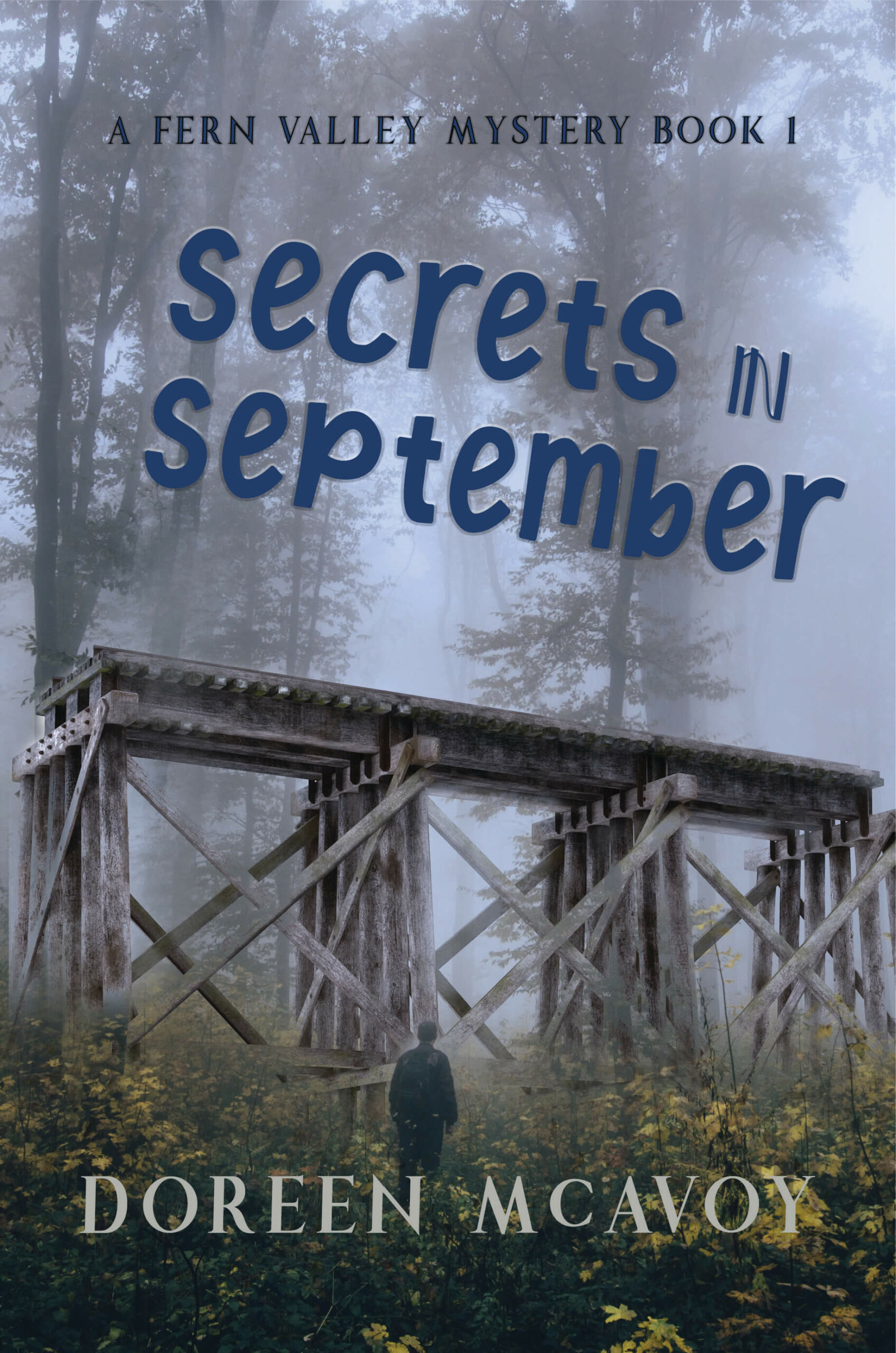 Secrets in September by Doreen McAvoy

Will was looking forward to eighth grade. Will he even make it past September?

Will Abbott expects his eighth-grade year at Fern Valley Middle School to be the same as the last seven—school, soccer, and lazy Saturdays. But when a rash of crime strikes his little town, it doesn’t take long to realize something peculiar is going on. Will is certain the class bully, Beefy Boris, is involved and suspects he’s getting help—from his own classmates! As Will and his friends investigate, they stumble upon clues leading them to suspect someone even more sinister is responsible. Can Will and his friends—including a new girl with a mysterious past—trap the criminal mastermind and reveal a secret that has haunted Fern Valley for twelve years? 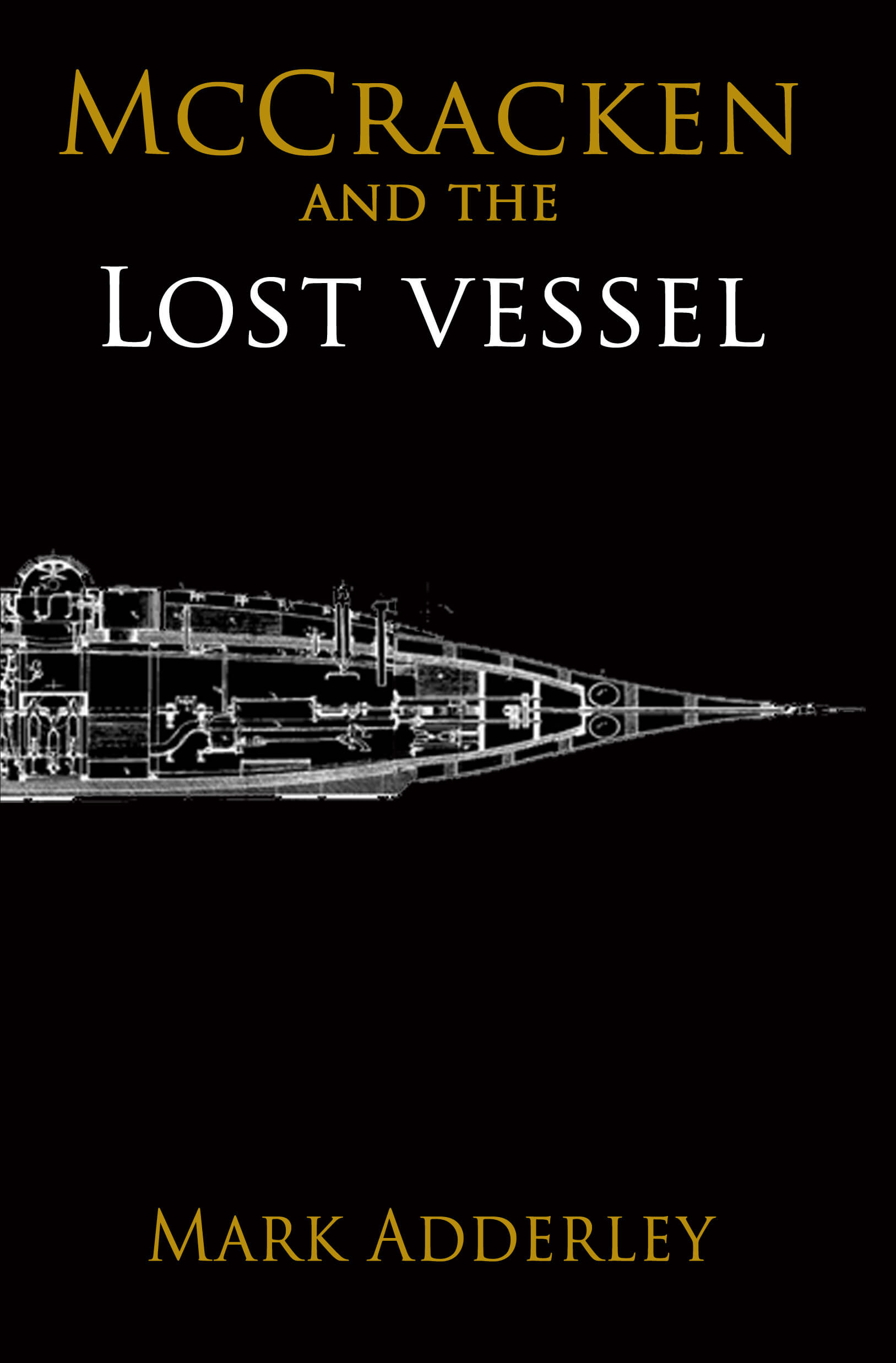 McCracken and the Lost Vessel by Mark Adderley

January 1920. McCracken is in Australia for the wedding of his friends, Digger and Barbs, when a mysterious stranger turns up with a challenging proposal: travel through the South Pacific in search of Captain Nemo’s miraculous submarine, the Nautilus. But it soon turns out that McCracken is not the only one who seeks Nemo’s lost vessel, and the search quickly becomes a life-or-death chase across Australia and through the South Seas to the mysterious island where Nemo drew his last breath 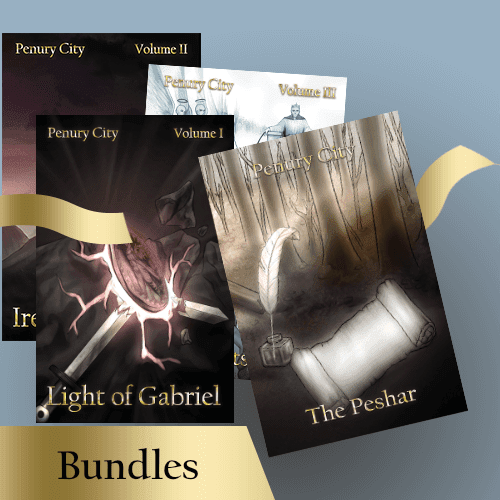 THE ADVENTURE AWAITS YOU …This adventure is like no other. It will take every ounce of courage, strength, and trust that you can muster. It requires that you put aside everything you know, everything you have been taught, and everything that you might have planned for yourself. It compels you to seek after something other than yourself and your passions. It is the journey you have spent your entire life training for ~ hoping for.

If the life you have been living has come up short on adventure, short on meaning, short on fulfillment, then why not give something entirely different a chance? Why not go on a journey of discovery to finally find out for yourself the answers to questions that have consumed humanity since the beginning of time: “Who is God? What does He want from me? Why does He hide from us?”

You will travel with a non-believer, an atheist of longstanding, who is going after the woman who left him to chase after the myth of God. You will also be accompanied by a seasoned religious who is well trained for this combat mission. There will be others who will join the expedition. Some will make it to the next leg of the journey; some will not. This is not an adventure for the faint of heart. You must be willing to go all the way. You must be willing to give everything. As one Penurian once said: “Trust is a leap and the risks are incredible, almost unbearable, but the rewards of such a faith are unimaginable.”

The journey to Penury City is not your typical story; it is not just a book for our times, it is a book of our times. It is the adventure promised by our fathers. It is the chance for the ultimate goal – to finally answer the question that has been burning in you for some time now: “God, are you there?” 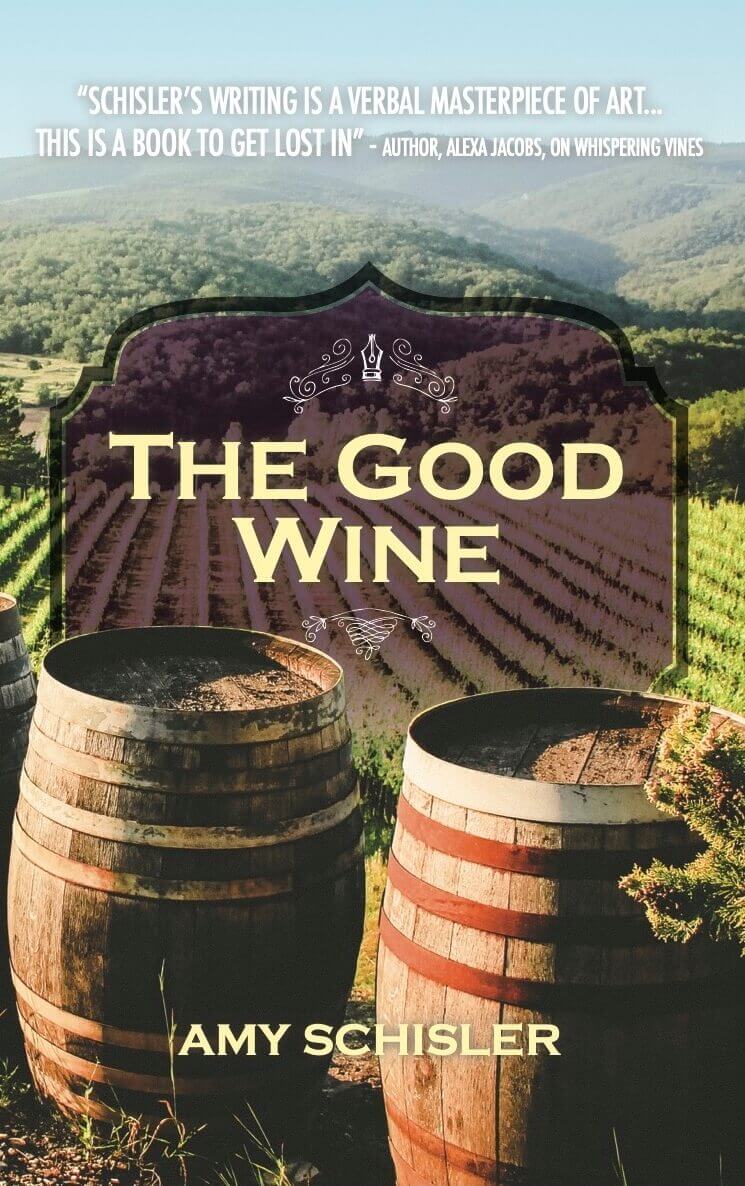 The Good Wine by Amy Schisler

You have kept the good wine until now.

It was said that the award-winning Whispering Vines was “Written in the spirit of those time-honored books and movies of wine-growing and Italy such as A Walk in the Sun by Deborah Chief or Under the Tuscan Sun by Frances Mayes” (Thomas Holyday, Eastern Shore Writers Book Blog). Picking up five years after the story of Alex and Nicola, The Good Wine gives us the story of Nicola’s mother, Marta, and the forbidden love of her youth.

Marta Giordano spent the first half of her life on her family’s struggling vineyard and the second half in the city of Florence as a wife and mother. However, between life on the vineyard and life with her husband and son, Marta lived a third life-a summer filled with secrets and romance-while staying with her aunt in Little Italy, Baltimore. Thirty-six years later, the widowed Marta returns to Little Italy older, wiser, and longing to reconnect with the man she left behind, but will their second chance lead to even more loss and heartache than it did the first time?

Dominic DeAngelo made one mistake as a youth, and it cost him everything-the trust of his family and community, his education and promising future, and ultimately, the love of his life. For his entire adult life, Dominic has worked hard to prove to the world, and to himself, that he is a good man. Finally content with the life he has made, Dominic learns that he is destined to lose it all once again. Will a reunion with the only woman he has ever loved be the blessing he has long awaited or a curse on them both? 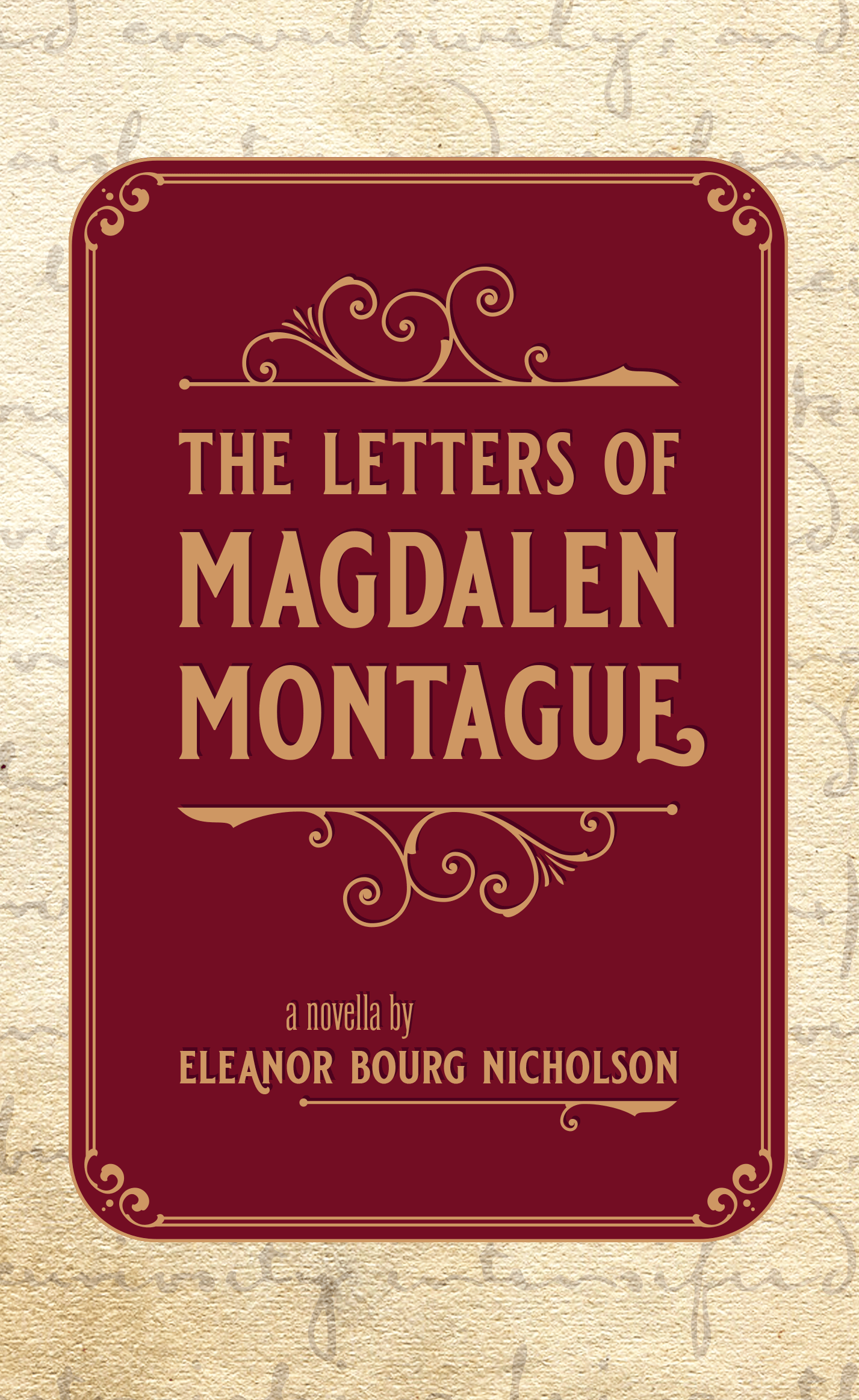 When the amoral and cynical “J” takes up his pen to describe Magdalen Montague, he little realizes the dramatic changes that will soon be wrought in his life. His fascination for this mysterious woman catapults him into a harrowing encounter with Catholicism, conversion, and discipleship. Through the letters, intimate portraits of four souls appear: the loquacious letter-writer “J,” his virulently antireligious recipient, “R,” the weird, silent servant Domokos Juhász, and Magdalen Montague herself. Across the turbulence of the first four decades of the twentieth century, including two world wars, the mysterious correspondents in The Letters of Magdalen Montague present a profound portrait of humanity’s quest for God. 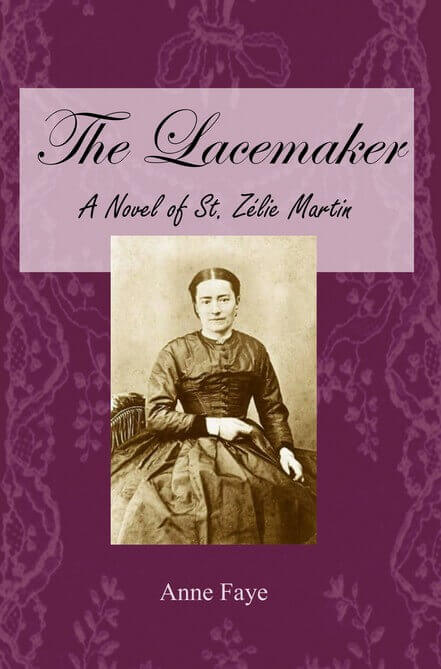 The Lacemaker: A Novel of St. Zélie Martin by Anne Faye

St. Zélie Martin (1831-1877) is best known as the mother of St. Thérèse of Lisieux, one of the most-loved saints of modern times, but she is also a saint in her own right. In this work of historical fiction based largely on St. Zélie’s letters, a compelling portrait of a working mother who always put God first comes to life.
St. Zélie is a saint many women can relate to. She suffered from anxiety, struggled with work-life balance, grieved the loss of children, cared for aging parents, had a child with special needs, and dealt with personal illness. Above all, she loved God and her family and had a deep devotion to the Blessed Mother.
In this intimate portrayal, you will come to know a complex woman who achieved holiness while living in the world and dealing with the stress of modern life.
Release Date 6/3/2021
Buy the Book