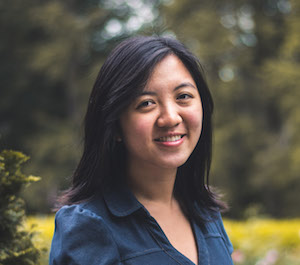 Passionate about helping people transform into the most virtuous and therefore happiest versions of themselves, Ruby loves delving into theology, philosophy, literature, and the arts. Raised as a non-denominational Christian by a Protestant mother and a Buddhist father, she especially grew in her faith throughout her undergraduate years at Princeton University. Just after her graduation in 2017, God graciously revealed Catholicism to her as the truth. Becoming Catholic stands among the greatest decisions she has ever made, second only to her decision to become Christian at all. Ruby prizes every opportunity to bring someone closer to God. Her father’s miraculous conversion to Catholicism near death symbolizes her hope for even the most lost of souls. Because her experiences have illuminated the power of narratives, Ruby aspires to draw others into the Church through intricate tales set in richly illustrated worlds. Historical fiction, fantasy, and science fiction novels captivate her, particularly when they explore families across vast stretches of time as well as space. Ruby looks forward to perusing and writing stories that radiate the goodness of creation.