Daughter of Light, by Corwyn Alvarez 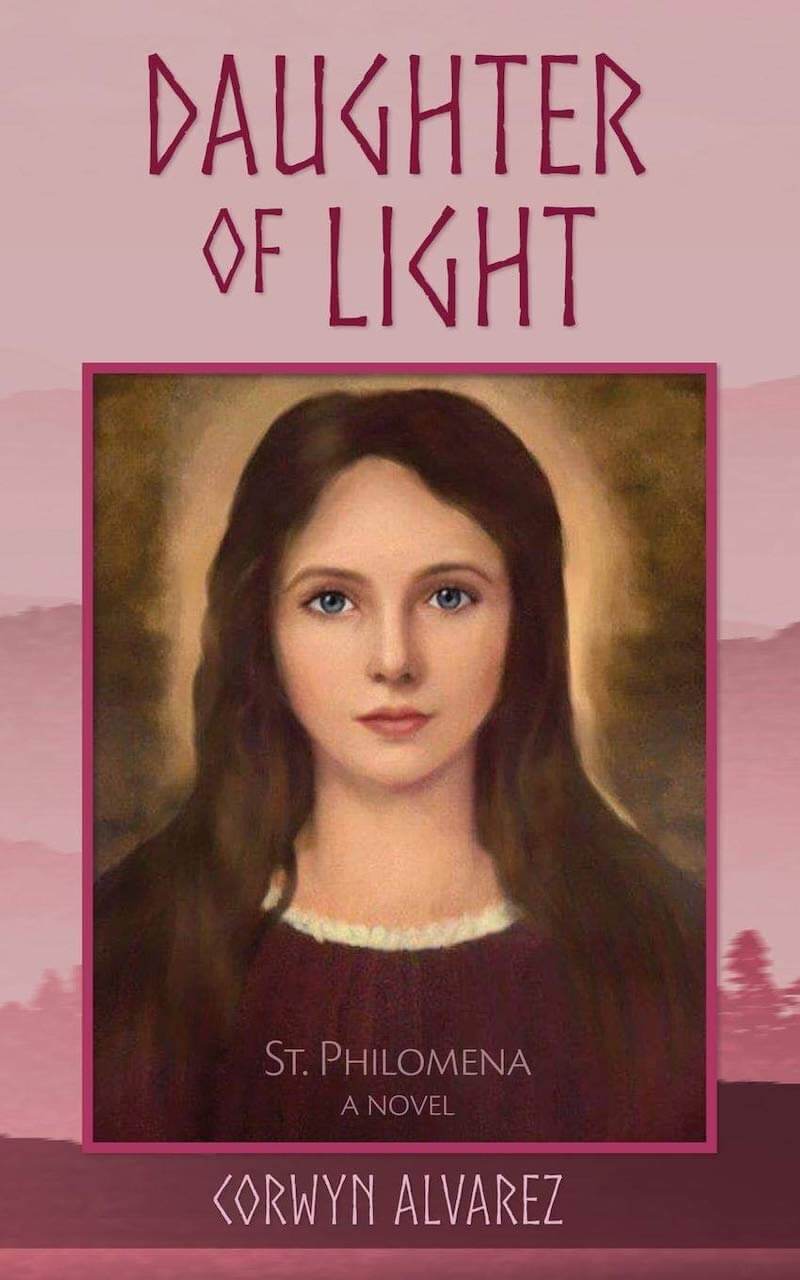 St. Philomena is one of the most beloved of the early Church martyrs. Born in the third century A.D., she was a holy young woman who refused to wed the Emperor Diocletian and died for the sake of her purity and for the love of Christ. Corwyn Alvarez has taken the legends of St. Philomena and brought her story to life in a simply told but dramatic historical novel.

The story is narrated by Publius, a Roman physician and Christian who is shipwrecked on the small Greek island of Corfu. The king and queen of Corfu are pagans, and are grieved because they have no children. But when Publius urges them to pray to the Christian God for a child, the queen at last gives birth to a beautiful daughter, Philomena. Overwhelmed with gratitude, the king and queen become Christian and raise their daughter in the Faith. Most of their subjects, however, remain pagan.

Under the tutelage of Publius, Philomena grows into a loving and God-fearing young woman. Despite her status as a princess, she spends her time giving gifts to the poor and helping Publius attend to the sick. Her prayers seem to have a miraculous healing power. But when a deadly plague begins to ravage the island—which neither Publius’ potions nor Philomena’s prayers can stop—the people of Corfu begin to accuse the royal family of failing to pay homage to the old gods. Worse, when the local Roman governor finds out that the king is a Christian, he threatens to invade the island with the Emperor’s troops. Desperate to save his tottering kingdom, the king of Corfu travels to Rome with his family to appeal to Emperor Diocletian in person—which sets the stage for Philomena’s courageous witness to Christ. In one of the most poignant moments in the story, Philomena, locked in Diocletian’s dungeon, actually wonders whether God is asking her to marry the evil emperor in order to save her father’s kingdom. In the end, however, she realizes that not even the apparent good of saving Corfu from invasion is worth compromising her soul.

Alvarez writes in a simple, direct style, almost like a fairy tale. Yet he also takes care to evoke the world of ancient Greece with wonderful details, such as the various plants that Publius uses to make his medicines, or the ancient hymns that early Christians sang. I actually found the setting and characters reminiscent of Till We Have Faces, C. S. Lewis’ retelling of the Greek myth of Cupid and Psyche. For those familiar with Lewis’ novel, Philomena struck me as a Christian version of Psyche, and Publius as Christian version of her mentor, the Fox. Alvarez’s presentation of the early Christian world will resonate with readers who enjoy stories of ancient Greece and Rome.

Although the setting was enjoyable, I felt that the plot was sometimes rushed. The author occasionally stretches believability—for example, when Philomena is thrown into prison in Rome, Publius manages, by rather implausible means, to be present at all of her trials and tortures. The book also ended too soon for me—I would have liked to see what happens to Publius after Philomena’s death, and what effect her martyrdom has on his life. Nevertheless, I found that the author gave an insightful portrayal of early Christians living in a predominantly pagan world.

Daughter of Light is a simple but heartfelt retelling of an ancient saint’s story. I would recommend this book to young readers (12 and up), as well as to anyone who wants to learn more about St. Philomena. Many thanks to Corwyn Alvarez for bringing this beautiful tale to life.